America’s poor have plenty of reasons not to love their country.

By most measures, they face bleak prospects and their government offers them the least support of any other advanced country on earth. Their chances of upward mobility are slim, the gap between their earnings and those of richer Americans continues to grow, and they work exceedingly long hours for very little. They have access to very limited social services and support.

It would be very reasonable for Americans to not love their country – to be resentful, rise up, and demand changes to the social contract of the country.

Instead, America’s poor embrace and idealize their country.

Their patriotism runs deep and exceeds in many cases that of the poor in other advanced countries and that of richer Americans. It not only entails a love of country but a belief in its superiority and greatness. America, they feel, is a better nation than most.

END_OF_DOCUMENT_TOKEN_TO_BE_REPLACED

Changing jobs during one’s early career has become increasingly common, and is often a way for young workers to secure higher pay, better benefits, or greater opportunities. For those who are unable to enjoy the benefits of early career job mobility, these missed opportunities may contribute to a lifetime of lower earnings and other disadvantages. An individual’s ability to change jobs is often dependent upon a number of factors, one important one being motherhood – as bearing and raising young children often has important influences on women’s career decisions.

In a recent study published in Social Science Research, I consider how motherhood shapes women’s decisions to either stay with their current employer or pursue another job. I use panel data from the National Longitudinal Survey of Youth 1979 to examine how both pregnancy and young children influence women’s job changes and employment exits. I distinguish among three reasons for leaving a job: family-related reasons, non-family voluntary reasons, and involuntary reasons (such as being laid off or fired). In this post, I highlight findings on the effects of motherhood on non-family voluntary job changes, as these are the types of changes that most often lead to wage growth.

END_OF_DOCUMENT_TOKEN_TO_BE_REPLACED

The deep wells that supply Waukesha, Wisconsin’s drinking water are contaminated with radium.

In 2010, the city, a wealthy suburb of Milwaukee, decided to pursue a costly but permanent solution to the contamination: Waukesha sought permission to replace its wells with a supply of water from Lake Michigan, a little over ten miles away. The proposal underwent several years of review in Wisconsin. In spring 2016, Waukesha’s application for Lake Michigan water was brought before a gathering of senior environmental officials from all the states and provinces in the Great Lakes region. After some modification, the proposal was unanimously approved by the eight member states of the Great Lakes Compact, a new regional agreement for managing the Great Lakes.

Environmental groups opposed this proposal at every step of state and regional review. In a recent paper, I tried to explain (1) why Waukesha’s proposal, which was meant to provide safe drinking water, attracted such strong opposition from environmental groups, (2) why this passionate opposition came to be stated in such legalistic, politically unexpressive terms, and (3) how the Waukesha controversy might have larger effects on water safety issues in the Great Lakes.

END_OF_DOCUMENT_TOKEN_TO_BE_REPLACED

Assortative mating – the tendency of people to marry those similar to themselves – has become a popular explanation for increased economic inequality across American families (see the NYT, the Economist, or the NYT Upshot).

Our research, however, shows that assortative mating has played a minor role in the increase of spouses’ economic similarity and its impact on inequality. More important than changes in whom people marry are changes in what happens after they marry. In particular, the well-known and dramatic increase in wives’ employment within marriage are responsible for the bulk of the effects of increased spousal economic resemblance on inequality.

END_OF_DOCUMENT_TOKEN_TO_BE_REPLACED

Credit reports are on people’s minds these days, thanks to the massive data breach at Equifax that exposed the sensitive personal information of some 145.5 million Americans. With social security numbers and birth dates in hand, hackers can fraudulently open credit cards and take out loans in victims’ names. When these accounts fall into delinquency, it will look like the victims have failed to pay off their debts.

That will be a problem for borrowing money in the future—and also perhaps for landing a new job. About half of U.S. employers at least sometimes check job candidates’ credit history, largely based on the idea that a person who doesn’t pay off their debts is untrustworthy and irresponsible, and therefore dangerous to have in the workplace, especially around money.

In recent years, sociologists have pointed out the risk of cumulative disadvantage that comes from using a person’s experiences in the credit market to determine their chances in the labor market. Consumer advocates have also underscored how the practice can hurt racial minorities, whose credit could be bad through personal fault—or generations of discrimination. Since the Equifax data hack, concerns about credit report inaccuracies have taken center stage, as well. Even before the breach, a full quarter of Americans had a mistake on at least one of their reports.

END_OF_DOCUMENT_TOKEN_TO_BE_REPLACED 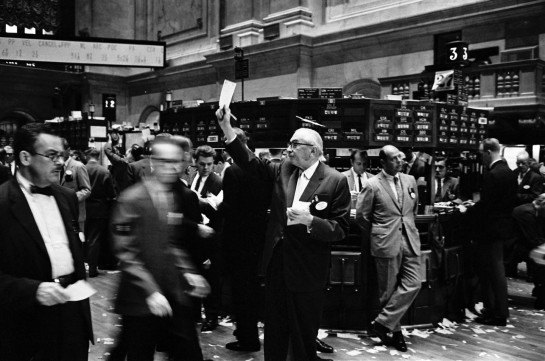 “Banks got bailed out, we got sold out” was one of the slogans heard in the Occupy movement in 2011. At that time, such critiques of financial institutions grew strongly. Banks were portrayed as being responsible for the crisis and simultaneously receiving important support from states, especially in the form of bailouts.

These critiques did not just interrogate the moral responsibility of banks: they have also called attention to the extent of fraud in the financial industry, and therefore on their potential criminal responsibility. Indeed, while a 2017 report shows that banks paid more than $321 billion in penalties since the crisis, only a few actors have been prosecuted.

But how do financial actors actually respond to such accusations, when facing public blame as well as criminal charges?

To answer this question, I engaged in an ethnographic investigation on the first criminal trial of a trader as part of the Libor scandal, which took place in London in the summer of 2015. In this recent study, I found that the reference to rules plays a key role in justifying one’s behaviors in relation to financial fraud.

END_OF_DOCUMENT_TOKEN_TO_BE_REPLACED

When Marissa Mayer of Yahoo! took over from her predecessor, she reduced the flexible working options of employees. After he became a father, Mark Zuckerberg of Facebook extended parental leave options.

These examples show that top managers of organizations are of vital importance for work-life arrangements: policies within organizations that help employees combine work and private life.

There are different kinds of work-life policies. For example, the possibility to have flexible starting and ending times of a working day (flextime), the possibility to work from home (telecommuting), the reduction of working time (part-time work hours), the extension of statutory leave options and the provision of on-site childcare.

A recent study looks into these questions in the context of five European countries: Finland, Portugal, UK, Slovenia and the Netherlands.

END_OF_DOCUMENT_TOKEN_TO_BE_REPLACED

by Daniel Laurison and Sam Friedman

How “sticky” is your class of origin? That is, how much does the class you’re born in affect where you end up?

This is the question sociologists of social mobility seek to answer, and they almost always do it by looking at the association between parents and children on one measure of class position – occupation. Decades of this research show that social origin is a strong predictor of life outcomes – that is, there is much less intergenerational mobility than there would be if one’s class origin had no effect on one’s class destination.

But one limitation of this work is that it tends to assume that a person’s trajectory ends at the point they enter an occupation.

In our recent study, we take a different approach by looking at earnings among those in high-status jobs. We show that even when those from working-class backgrounds secure admission into Britain’s elite occupations, they don’t necessarily go on to achieve the same earnings as those from more privileged backgrounds. In other words, workers in the higher managerial and professional occupations experience a “class pay gap.”

END_OF_DOCUMENT_TOKEN_TO_BE_REPLACED 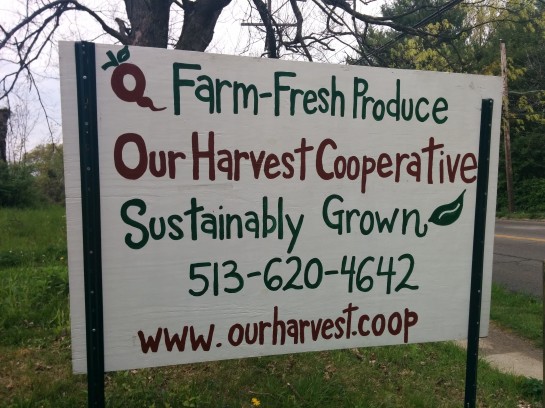 The United States is experiencing an explosion of interest in worker cooperatives: firms owned and democratically governed by workers according to the principle of one worker, one vote.  According to a forthcoming report by the Democracy at Work Institute, two-thirds of American worker co-ops formed after 2000 and the sector has grown 8.5 percent since 2013.

Although some of the energy is coming from longtime employee ownership advocates, a surprising number of unions are also wading into the worker co-op development game.

Union interest was catalyzed, in part, by a 2009 agreement to promote union co-ops between the United Steelworkers (USW) and the Mondragon worker cooperatives in Spain.  The agreement marked a turning point in the debate about whether unions and worker co-ops are stronger together.  It also helped inspire a new generation of start-up efforts explicitly emulating the USW-Mondragon model.

In a recent study, I identify six possibilities and dilemmas of union involvement in worker cooperative development through a case study of the Cincinnati Union Co-op Initiative.  This nonprofit incubator has launched three union co-ops since 2011 and become a hub for efforts to implement the USW-Mondragon model across the country.

END_OF_DOCUMENT_TOKEN_TO_BE_REPLACED

by Laura Doering and Sarah Thébaud

Sociologists have long argued that we don’t just gender-stereotype individual men and women. We gender-stereotype jobs as well. For instance, we tend to think of firefighters as masculine and preschool teachers as feminine.

This kind of stereotyping has important implications for all kinds of labor market outcomes. It shapes applicant pools, hiring decisions, pay, and performance evaluations, among other things.

In our recently published study, we looked at how clients responded to managers in a job that was not already gender-stereotyped because it was relatively new and gender-balanced in its composition: a commercial microfinance loan manager.

END_OF_DOCUMENT_TOKEN_TO_BE_REPLACED

This work is licensed under a Creative Commons Attribution-NonCommercial-ShareAlike 3.0 United States License.
Work in Progress
Blog at WordPress.com.