by Mildred A. Schwartz

Following newspaper reports that the University of Medicine and Dentistry of New Jersey (UMDNJ) had been double billing and up billing Medicare and Medicaid for its hospitals’ services, it was put under the supervision of a federal monitor. At the time, UMDNJ was the only NJ state-supported public university devoted to the healing professions. It was a large university with multiple campuses and hospital affiliations dispersed through the state and home to three separate medical schools.

The monitor’s investigations revealed the range of UMDNJ’s misconduct. In addition to fraudulent billing practices, other examples included unwarranted grade changes for students, failure to let bids for contracts, and political cronyism, all while UMDNJ was governed by a board of trustees that rubber-stamped university decisions while seeking personal benefits.

In his final report, the federal monitor concluded that UMDNJ’s problems were due to the actions of a few bad apples because the great majority of employees were conscientiously performing their jobs. Media commentators, in contrast, attributed UMDNJ’s misconduct to New Jersey’s culture of corruption. I found neither explanation satisfying. The first was too narrow; the second, too broad. As a sociologist, my response was to look for organizational explanations. The result of my investigation was my new book, Trouble in the University: How the Education of Health Care Professionals Became Corrupted (2014 Brill).

END_OF_DOCUMENT_TOKEN_TO_BE_REPLACED

Photo via The White House

Excitement about India’s role as a rising power was again highlighted by Barack Obama’s state visit to New Delhi in January. Indian Prime Minister Narenda Modi has also made a series of high-profile international visits since his election victory last year. But, as I originally blogged at Progress in Political Economy in February, the reality of work and life in the new India is radically different to the sparkle of Modi’s globe-trotting.

This contrast has been highlighted by many writers (including my colleague, Dr Elizabeth Hill – see her review of Rina Agarwala’s important new book on informal labor in India) and is something I take up in my new book, Informal Labour in Urban India: Three Cities, Three Journeys. The last quarter century of rapid economic growth in India has been underpinned by the mass employment of ‘informal labor’. The book uses case studies of economic development in three urban regions of India: Mumbai, Bengaluru (Bangalore) and the National Capital Region (NCR) of Delhi. I wrote this book after undertaking seven years’ research on India’s informal economy, including my doctoral research with the Department of Political Economy at the University of Sydney. When I first considered undertaking a PhD, I was interested in the impacts of trade and investment between India and Australia on labor markets. I quickly discovered what, for me, was a far more interesting story about India’s transition from a relatively inward-looking, low-growth economy to a globally-integrated, high-growth economy and the impact on employment and livelihoods.

END_OF_DOCUMENT_TOKEN_TO_BE_REPLACED

One day in June 2009 a South African trade unionist emerged from a meeting with the boss of a global security firm, G4S, the largest employer on the African continent. He held his hands in the air, and in his fist he had a wrinkled copy of the contract his union had negotiated with the company. He had just successfully helped a recently-fired security guard reclaim his job, claiming the language in the contract showed unjust termination. He said:

He was referring to a global framework agreement (GFA) that was the culmination of five years of acrimonious struggle by UNI Global Union, as well as its allies in South Africa and others around the globe. GFAs are policy instruments signed by transnational corporations and global union federations that create an arena for global labor relations. GFAs also link unions around the world in an effort to impact the behavior of companies throughout their supply chains. The agreement forced G4S, the world’s third-largest employer behind Walmart and Foxconn, to recognize unions and raise standards in a handful of countries, or risk losing investors. Notably, the agreement granted all of its nearly 600,000 employees workplace “neutrality,” the right to organize without management interference.

END_OF_DOCUMENT_TOKEN_TO_BE_REPLACED

On a bitterly cold day, Josh, like many other teenagers, traveled many miles to get to the coffee shop, where he works part-time. Despite experiencing car troubles, nearly having a car accident, and spending hours in heavy traffic, he arrived at the coffee shop only to do a double shift, carry heavy loads of garbage in the cold, and deal with a hectic day of selling hot beverages to demanding customers.

Even though his school was in session, he chose to come to work instead of going to class at the local college, where he is getting his degree in theater and humanities. When I asked him why he chose his work over his studies, he told me they need him here: “Nobody notices when I am not [in class].” Unlike at school, they notice him at work. He feels needed—like a hot cup of cocoa on a cold day.

Josh, like many other teenagers, works “part-time” while still in school, but do not be fooled by what he calls part-time work. “Part-time” sounds like a few hours of work scattered throughout the week, but he was at the coffee shop every day of the past week. Even on the days when he was not scheduled to work, he stopped by to hang out with his friends. He did not just stand idly by; he also helped the friends who were working.

END_OF_DOCUMENT_TOKEN_TO_BE_REPLACED

If you watch American popular culture and media, it is easy to come away with a rather depressing story about the lives and experiences of black men. News media tend to overrepresent black men as criminal, and movies like Paid in Full, State Property, and Get Rich or Die Trying do their part to portray black men as victims and/or survivors of an urban ghetto defined by violence, poverty, neglect, and drug use. At the other end of the spectrum, extremely visible, successful black men like Bill Cosby and Barack Obama suggest hard work, staying in school, and good behavior are surefire routes to success.

Both accounts offer a very two-dimensional picture of black men’s lives in the U.S. today. They give the impression that nearly all black men are facing the dire threats of un- or underemployment, failing schools, urban neglect, and jail time. Those who do not fit this categorization may seem to be on another end of a continuum—part of an extremely well off, highly visible minority who point to their own accomplishments as proof that properly channeled ambition leads to success. The story media and current research tell is usually that black men’s lives generally exist only on these two ends of a spectrum.

In my book No More Invisible Man: Race and Gender in Men’s Work, I try to draw attention to black men who do not fit either of these categorizations—everyday professional, middle class black men who work in white-collar jobs.

END_OF_DOCUMENT_TOKEN_TO_BE_REPLACED 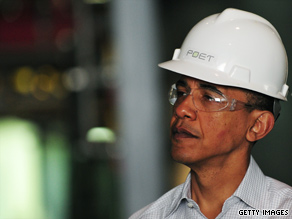 In his January 2014 State of the Union Address and thereafter, President Barack Obama has repeatedly mentioned apprenticeships and vocational education when discussing the jobs crisis.  One might be critical as to why the nation’s first black president would advocate for a policy that has been historically exclusive and harmful to African Americans.  In his autobiography, Malcolm X notes, when telling his middle school English teacher of his aspirations to be a lawyer, the teacher advised him to instead become a carpenter.  To Malcolm, this was in stark contrast to the overwhelmingly affirming advice he gave to less-promising white students.  Malcolm X’s case was not an aberration, but reflected a general trend of structural and systemic discrimination that operated through vocational education programs (where African Americans were tracked into lower-paying jobs) and apprenticeships.  This history involved reifying and reinforcing class divisions along racial lines.  Apprenticeships can be problematic in that often they are awarded to relatives or friends who share the same racial background as the master technician.  As many have noted, white social networks often function to exclude African Americans from potential jobs.

END_OF_DOCUMENT_TOKEN_TO_BE_REPLACED 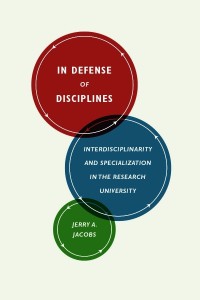 In Defense of Disciplines: Interdisciplinarity and Specialization in the Research University.

Interdisciplinarity has become an increasingly powerful current in US universities and colleges. The virtues of promoting interaction among researchers from diverse fields and building bridges across academic units are taken for granted by many observers and university administrators. But the longer I investigated the matter, the more I became convinced that disciplines are an indispensable component of a dynamic university system. At the very least, any viable interdisciplinary arrangement will need to stand on a firm disciplinary foundation. A stronger version of the argument holds that interdisciplinary arrangements are much more specialized and transitional than most analysts have recognized.

END_OF_DOCUMENT_TOKEN_TO_BE_REPLACED

Steve Early. Save Our Unions: Dispatches from a Movement in Distress. Monthly Review Press. February 2014.

Steve Early is a well-known commentator on the complex world of US trade unionism. His analyses are often provocative and always well-informed as he has worked in and around the US labor movement for more than 40 years. This is his third book since he retired from the Communication Workers of America (CWA) union. Evidently he is a man who intends to use the freedom of retirement to stir up debate.

As the subtitle suggests, the book brings together a series of previous pieces he has written for a range of audiences. Typically, they are from the journals, newspapers and websites that cover US labor issues: Labor Notes, Huffington Post, Working In These Times etc. And the tone of the dispatches taken as a whole is distressing. The reader is undoubtedly left with a strong view that the US labor movement is in very deep trouble and that strategies to plot a future course have been ill-fated