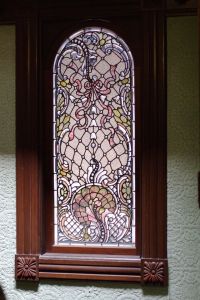 END_OF_DOCUMENT_TOKEN_TO_BE_REPLACED

[Ed note: This is the fifth of six articles in a virtual panel on Who should benefit from organizational research?]

We are all indebted to Jerry Davis for his provocative piece. The issues he raises are frequent objects of discussion but have seldom generated such an insightful challenge to scholarship generally, and to the field of organization studies in particular. Yet I must confess some misgivings with this line of analysis. Let me explain why.

Davis’s argument raises two interrelated points. The first concerns the reward structure that governs academic publication. This reward structure, he contends, has unduly fostered the production of novel (“interesting,” or counter-intuitive) findings, even if these run the risk of being misleading, distorted or even untrue. This is especially the case, given the use of metrics that judge academic merit by virtue of “impact” (a faulty metric if ever there were one). Especially when individual careers (hiring, promotion, mobility) all depend on the individual’s metrics, the production of knowledge is now governed by a system that tends implicitly to pervert the development of knowledge, to lead away from cumulative knowledge, and even to fuel the generation of illusions. His chosen metaphor –the Winchester Mystery House— stands as an object example: a concerted, generations-long effort that serves little or no use, save as a program of job creation whose only product is the very embodiment of irrationality itself.

Davis’s second claim is that we now live in an era when the large corporation has undergone a major shift. Put simply, corporations no longer offer organization studies the same primary constituency as in the past, since the management of human beings has now been given over to computer algorithms, which govern fluctuations in corporate workforces without need for managerial intervention. Under such a regime, the study of management must reconsider the audience for whom it speaks.

END_OF_DOCUMENT_TOKEN_TO_BE_REPLACED

[Ed note: This is the fourth of six articles in a virtual panel on Who should benefit from organizational research?]

I agree with my colleagues’ statements and would just add the following.

It seems clear to me that research on organizations, especially by sociologists, does not have as a goal aiding managers in running their organizations.  Indeed, many of the articles published in Administrative Science Quarterly, which Jerry edits, do not seem to have that in mind either.  Of equal interest, of course is what role do organizations play in society, how do they treat their employees and consumers, how do they and their leaders come to achieve the power they exert, and what kinds of values and ethics do they encourage and transmit?  It is true the field may look like the Winchester Mystery House –  but considering the alternative proposed in the article we are commenting on (i.e. to do managers jobs for them better), I prefer we continue with the variety of topics, and multiple pillars and points of view found in our own academic version of that mansion.

Paul Hirsch is the James L. Allen Professor of Strategy & Organizations at the Kellogg School of Management at Northwestern University.

END_OF_DOCUMENT_TOKEN_TO_BE_REPLACED

[Ed note: This is the second of six articles in a virtual panel on Who should benefit from organizational research?]

The question who should benefit from academic organisational research is probably best answered by the single word: everyone. But it is a silly question, because almost nobody actually does benefit from it. In Britain industrial and organisational sociology, as this area of study was originally conceived, has not developed an appropriate institutional position through which it could benefit anyone – except, of course, the academics themselves. Today any organisational research that is useful is done by managers and practitioners themselves and often also by consultants.

The research done by academics has almost no use at all. For reasons that have most to do with their complacency and lack of value commitment, academics studying organisations in the UK have largely failed to develop an institutional location from which they could be helpful to others.

END_OF_DOCUMENT_TOKEN_TO_BE_REPLACED

[Ed note: This is the first of six articles in a virtual panel on Who should benefit from organizational research?]

Academic careers reward publication, and our system of journals often privileges novelty over cumulative insights. Judgments of quality are difficult and time consuming, and so we rely on proxy measures of “impact” that are easily gamed. Paradoxically, journals have evolved a sophisticated set of standards for evaluating research claims, but they reward being “counterintuitive.” As a result, while there is a lot of sound and fury, it is difficult to point to many areas of settled science when it comes to organizations.

Things are about to get worse unless we evolve new standards rooted in a clear sense of who and what organizational research is for.

The changing nature of organizations means that we need to reconsider who our constituencies are, as “managerial relevance” is becoming an elusive goal. Enterprises today bear little resemblance to the postwar hierarchies that animated early research. Some of the best-known companies have few employees to manage, while some of the biggest rely on computer algorithms to schedule, monitor, and evaluate. This raises a fundamental question for our field: who should benefit from organizational research? Answering this question can help guide standards of evaluation for research.

END_OF_DOCUMENT_TOKEN_TO_BE_REPLACED

I am delighted to announce a virtual panel on “Who should benefit from organizational research?” This panel was inspired by an Editorial Essay written by Gerald F Davis in Administrative Science Quarterly entitled “What Is Organizational Research For?” Professor Davis is editor of the Administrative Science Quarterly, the Wilbur K. Pierpont Collegiate Professor of Management at the Ross School of Business and a professor of sociology at the University of Michigan.

We have reproduced an extract of that essay here, and invited responses from five leading organization studies scholars. In each of the following days this week, we’ll post a response from the following scholars:

Paul Hirsch, the James L. Allen Professor of Strategy & Organizations at the Kellogg School of Management at Northwestern University.