We are posting a three part panel today discussing the concept of edgework, a term used by sociologists to describe activities that involve an element of risk. The initial post by Jeffrey L. Kidder describes his research on bike messengers and his thoughts on work in dangerous or risky situations. We also are pleased to feature two responses to Jeff’s post. Jen Lois, who has researched wilderness search and rescue volunteers, and Ben Fincham, who has also researched bike messengers, both offer their thoughts on edgework and Jeff’s piece. Enjoy! 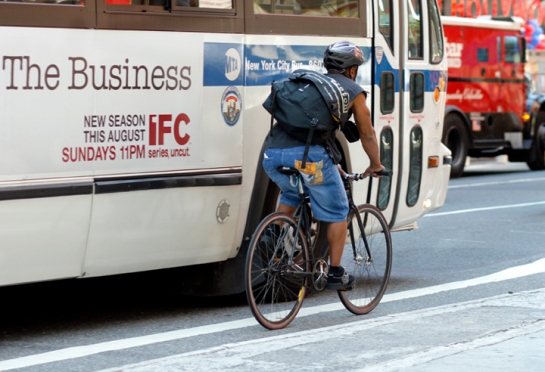 On paper, bike messengering represents the very worst of post-industrial employment.  The work is physically demanding and it pays very little.  For around $100 a day (sometimes more, often times less) messengers must careen through gridlocked traffic, breaking traffic laws, and risking their own safety in order to deliver the advertising proofs, architectural blueprints, and legal documents that circulate in the downtown cores of major cities.  Injuries are common; workers compensation and medical coverage are rare.

END_OF_DOCUMENT_TOKEN_TO_BE_REPLACED

Jeff’s piece is a very interesting post, and I’m particularly intrigued by two ideas. The first is that edgework and paid work can be integrated and accomplished in the same act. Typically we have seen edgework conceptualized as leisure, which implies a sequential relationship with paid work: spend all day at work becoming alienated and then pursue edgework to recapture an authentic sense of self. That bike messengering provides a way to seek authenticity through paid work is a novel angle, and the question this raises for me is how does that happen? What is it about integrating edgework with paid work that allows for such a powerful experience of authenticity? Is this experience different from the “sequenced” version of edgework, where the self alternates between work (alienation) and leisure (authenticity)?

END_OF_DOCUMENT_TOKEN_TO_BE_REPLACED

Like Jeffrey Kidder I spent some time studying the bicycle messenger industry. In contrast to him I examined the European context and undertook an ethnography in the UK – working as a messenger for a couple of years – as well as interviewing messengers across Europe and conducting a European quantitative survey. As such I was interested in this article particularly as many key features of bicycle messengering appear to me to be present in both the United States and in Europe.

My experiences – a decade old now – were marked by low pay and a hazardous working environment. My colleagues, several of whom are still friends, were an eclectic mix of middle class idealists, cycling enthusiasts, people that had difficulty finding regular employment and a few people that seemed to revel in the performance of bicycle messengering and all that this entailed.