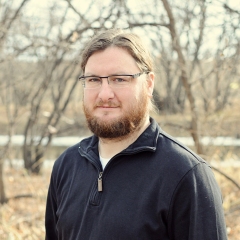 As Woody Powell noted in his 1991 edited volume on The New Institutionalism in Organizational Analysis (chapter 8), up until that time the subfield had focused almost exclusively on the public and nonprofit sectors, ceding “too much terrain to market processes.” In the 1990s there was increasing emphasis on the operation of institutional pressures for legitimacy in the for-profit sector.

In the same volume, Roger Friedland and Robert Alford (chapter 10) introduced the concept of competing institutional logics. This approach took off in the 2000s, with logics being defined as cultural beliefs, schemas and templates that structure cognition and practice. Theory was now focusing on how market logics interact and compete with other logics, such as professional, bureaucratic and family logics.

Institutional logics theory made a substantial theoretical refinement on the legitimacy versus efficiency frame. As Mike Lounsbury argued, logics theory examines how technical concerns with organizational efficiency become embedded in broader institutional beliefs. This is analytically powerful and logics theory has exploded, but it has signally failed to consider issues of class analysis or the dynamics of profit seeking and capital accumulation. Logics theory thus has much to say about markets but little to say about structural dynamics of capitalism. Below I suggest some useful points of engagement.

Of course, these issues are given the most sustained theoretical and empirical analysis within the Marxist tradition, which is, indeed, extremely vibrant: there are currently 19 Marxist academic journals. I have a forthcoming article with Paul Adler and Rick Delbridge in Organization Studies that proposes a number of points of potentially fruitful engagement between Marxist political economy and mainstream organization studies. Let me briefly highlight a few examples of such engagement with reference to the 2007-8 global crisis.

Jo-Ellen Pozner and colleagues argue in Markets on Trial (chapter 6) that within the mortgage industry there was a shift from a Main Street logic in which mortgages were seen as “consumer loans geared at supporting the institution of homeownership,” to a Wall Street logic in which mortgages were seen as investment instruments. But they leave open the question of why this logic was embraced by the industry in the late 1980s. From a longer-term political economy perspective, as political economist Eric Helleiner has shown, following the Great Depression laissez-faire ideology and the banking fraction of the capitalist class became discredited, opening up space for a coalition of industrialists, labor leaders and state officials to establish the hegemony of Keynesianism, including strict capital controls that existed through the early 1970s.

Although bankers and others continued to advocate financial liberalization, it was only after a decade of stagnation in the 1970s that it began to achieve widespread acceptance. Neoliberalism took many institutional forms, including logics such as shareholder value, the efficient market hypothesis and the Wall St approach to mortgages. Following capital’s assault on labor in the 1970s and ‘80s to recover profits out wages, there was a dramatic rise in debt-based consumption by households to maintain living standards as real wages stagnated, thus fueling the housing boom. Indeed, Fed Chair Alan Greenspan explicitly saw the equity and housing markets as means to maintain flagging demand in the economy, resulting in what political economist Robert Brenner has called asset-price Keynesianism.

Finally, Mauro Guillén and Sandra Suárez analyze the crisis (Markets in Trial chapter 8), in particular the asset securitization market, using Chick Perrow’s theory of normal accidents. The first condition for normal accidents is increased complexity, which Guillén and Suárez argue occurred in the 1990s with the rise of giant, diversified, decentralized, globalized financial institutions, thus increasing both opacity and interdependence in the economy. The second condition is tight coupling (or lack of buffers), which occurred (among other ways) through the growth of lean global supply chains, thus increasing fragility in the economy. This analysis is deeply complementary with Karl Marx’s analysis of the tendency toward the concentration and centralization of capital.

For Marx, these processes were an expression of the contradiction between the forces and relations of production: the productive forces tend to increase the organizational capabilities of society while the production relations often have destructive effects due to class struggle. On the one hand, the centralization of capital (vertical integration, mergers and acquisitions) led to dramatic increases in organizational efficiency in the early 20th century, as documented by Alfred Chandler in the rise of the multidivisional corporation.

(Note that decentralized production networks are consistent with Marx’s argument regarding increasing organizational capability: they are coordinated ways of handling information and resource flows. But the tendency toward centralization cannot be easily discounted even in the age of the networked firm: The New York Times announced on Tuesday that we are currently experiencing “one of the biggest booms ever in mergers and acquisitions … on pace for a year of deal-making rivaling those during the dot-com bubble and the private equity upsurge just before the financial crisis.”)

On the other hand, the search for endless growth and profits by capitalists has generated many negative outcomes. Marxist research has robustly demonstrated that the US corporate profit rate began a steady decline from 27% in 1951 to a low of just 9% in 1982. In a recent paper I have shown that profit rates were recovered over the 1980s and ‘90s by reducing labor’s share of the national income, leading to stagnation and asset-price Keynesianism. As Marxist sociologists John Bellamy Foster and Fred Magdoff have shown, stagnation in the real economy took a form predicted by Marx over 100 years ago: a combination of overcapacity across the economy combined with a surplus of investment capital looking for outlets, driven by a tendency toward overproduction and the concentration of capital.

In the case of the latest crisis, centralization in the financial sector, along with the concentration of massive amounts of financial capital in the hands of a small number individuals and organizations, facilitated a number of negative outcomes: giant banks had extraordinary influence on policy (hence deregulation) and were able to restructure the entire industry according to the Wall St logic, leading to predatory lending, including the widespread use of no-income, no-asset (NINA) loans for subprime borrowers (isomorphism and herding behavior are central to the analysis of Pozner and colleagues).

Organizational sociology and Marxist political economy are highly complementary. More engagement between the two promises an even more vibrant future for both.

Matt Vidal is Senior Lecturer in Work and Organizations in the King’s College London department of Management.