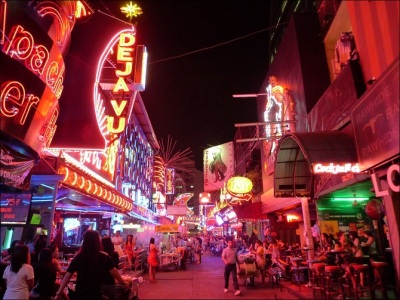 Many recent public policy discussions about prostitution, especially underage prostitution, invoke disturbing narratives of hyper-violent, predatory pimps luring and coercing young girls into sex slavery. However, three recent studies of underage sex workers and pimps/market facilitators in New York and New Jersey call into question these assumptions. First, these public narratives overestimate the role of pimps in street sex markets; second, they overemphasize the impact of the initial recruitment stage on subsequent practices; and third, they mask or simplify the difficult and complex choices and contingencies faced by minors who sell sex. The studies find that there is in fact no prototypical pimp and relationships are more flexible, dynamic, and particular to the individuals involved than has been previously imagined.

These questions are not merely academic, since they have driven more than a decade of major changes in public policy concerning sex work. In 2000, the U.S. Congress passed the Trafficking Victims Protection Act (TVPA), which served as a model for similar legislation internationally. Many of these sex trafficking laws reclassified all individuals under the age of 18 who trade sex for money as victims of trafficking and anyone “aiding, abetting, or benefitting” from such prostitution as sex traffickers (with the ensuing enhanced penalties and prosecution). In fact, the most recent statistics suggest that over 2/3 of the accused traffickers in the United States are African American men, raising serious concerns about possible racial bias in the positioning and implementation of the law. Instead of the traditional view of local pimps as simply criminal operators, they became part of a dangerous new global class of traffickers. These radical legal shifts were largely motivated by anecdotal evidence of harrowing stories of coercion and victimization that were unrepresentative of the experiences of the young sex workers who were studied.

To empirically test these narratives, in three separate studies data was collected from active pimps, underage prostitutes, and young adult sex workers in New York and New Jersey. The first New York study involved a statistically valid sample of the largest dataset ever gathered in the field in the United States on minors working in the sex trade. The second was an intensive community study that holistically explored street prostitution markets in Atlantic City, New Jersey, between 2010 and 2012, including pimps, street hustlers, sex workers, customers, local businessmen, and various third parties. The third study involved a sample of eighty five male pimps in New York City, some of whom worked exclusively with minors.

In all three studies we found that recruitment into sex work by pimps is far less common than is presupposed in TVPA discussions and other popular depictions. Pimps played a small role in both initiation and more generally in the operations of street prostitution markets in both New York and Atlantic City. This was particularly the case for minors, who generally earned less than sex workers over 18, and were therefore less interesting to pimps.

Figure 2: The age breakdown of the percentages of sex worker in Atlantic City with and without pimps

Roughly half of our respondents in New York and the vast majority in Atlantic City did not know a full-time pimp at the time of their interview. Only about 10 percent of sex workers 16 to 24 years of age in Atlantic City were minors, of whom only two had a professional pimp. Those who self-identified as having a pimp typically described relationships that were more mutual and easier to leave than the stereotypes suggest.

There are, of course, violent and otherwise abusive pimps: approximately 5 percent of the pimps in the pimp study described such an approach to pimping. Among the 14 percent of female sex workers in the New York Sex study who had pimps, we estimate that approximately 10–15 percent faced such systematic abuse. In Atlantic City we were able to identify three such relationships between a young sex worker and a pimp. These findings suggest that roughly 2 percent of all the sex workers whom we interviewed, across both cities, were in a relationship with a predominantly abusive, violent pimp.

Overall, though, we found a clear pattern of increasing, rather than decreasing, levels of young sex workers’ autonomy over time. As the sex workers in our survey became more experienced, more mature, and more accustomed to the dangers of customers and law enforcement, their pimp’s authority typically receded and a more equal relationship developed, or the sex worker simply left the pimp. Similarly, most of the pimps whom we met were realistic about the limits of their authority and did not want to lose the source of their livelihood. At all levels, pimps were constantly faced with the danger of being abandoned for another pimp, an escort agency, or independent work.

We recognize that situations of oppression and captivity do exist among this population, and we have identified a few in our findings. However, they were rare enough in a statistically representative sample in New York City and an intensive ethnographic census in Atlantic City to question the degree to which the dominant narratives of underage sex trafficking and resultant policies can protect the majority of vulnerable youth engaged in commercial sex markets.

In one study, only 2 percent reported that they would ever go to a service organization if they were in trouble. From their perspectives, the anti-trafficking discourses and practices they would encounter in these organizations threaten to criminalize their adult support networks, imprison friends and loved ones, prevent them from earning a living, and return them to the dependencies of childhood. The TVPA-inspired institutions and discourses appear to have created an environment in which many young people in trouble are unwilling to access the resources necessary to gain control over their lives and make informed choices about leaving sex work.

Our findings suggest that effective policy for the majority of this group must first and foremost recognize their dignity and autonomy. A holistic harm reduction approach driven by the expressed needs of autonomous young sex workers might include services that help them pool “bad date” reports, share other critical information collectively, and provide some of the protection and other benefits offered by pimps and other third parties. Youth in our studies also favored policies that might help them find steady employment, fight addiction, continue their education, obtain stable housing, build marketable skills, and address abusive parental relationships.

Such solutions may appear obvious. However, the far more difficult questions are how to design and deliver such solutions. Our research is exploratory, but we believe there is enough consistency in findings across three different studies to question the value of the current TVPA anti-trafficking framework and its associated institutions. More research and rigorous discussion in varied sites is needed to address the challenge of designing and implementing appropriate and effective policy for minors involved in sex work. We argue that the precondition for such research is setting aside ideological positions about sex work and seeking a deeper, broader, and more dynamic understanding of the experiences of young people in commercial sex markets, rather than focusing obsessively on their sex lives.

Anthony Marcus is an associate professor of anthropology at John Jay College of Criminal Justice. Christopher Thomas is a PhD student at American University. Amber Horning is a PhD candidate at CUNY’s Graduate Center/John Jay College of Criminal Justice. This article is based on the paper “Conflict and Agency among Sex Workers and Pimps: A Closer Look at Domestic Minor Sex Trafficking,” which appeared in the Annals of the American Academy of Political and Social Science.