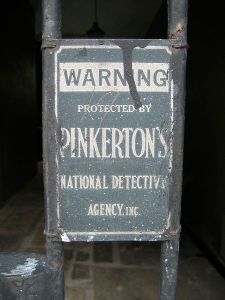 Precarious work is now at the forefront of much academic research and journalism, and with good reason. These investigations show that precarious employment has led to increased instability, insecurity, and vulnerability for a significant and growing population of workers.

Yet I believe there is more work to do in this vein. We need to identify how this sprawling sector of the economy is changing the rules of employment for workers. Because all workers—and disadvantaged workers in particular—who are already “playing” this “game” on an unequal playing field are losing rights and power at work.

An example of this much-needed research is the recent report by Reveal News’ Will Evans, which documents racism, sexism, and other discriminatory hiring practices in temp agencies. As this report shows, at least some employers are outsourcing illegal discrimination to the temporary help industry. Yet such practices are obscured—and, therefore, largely undetected—because of the convoluted structure of temp work and lagging employment law. In particular, the originator of the discrimination is obscured because the employers who insist, for example, that temp agencies send only “country boys” (i.e., white men) or “mujeres” (i.e., Hispanic women) are not the legal employer of record and are therefore not held responsible for illegal hiring practices. Meanwhile, the enactor of the discrimination—those temp agency managers so eager to keep companies’ business that they readily engage in illegal practices—can easily hide behind the presumed precarity of the temp economy, dishonestly telling only some temps that no jobs are available or that their jobs have been suddenly canceled.

This is not an inevitable outcome of the temp economy, but when such illegal actions are unregulated and overlooked, it is not surprising that they have become one of the ways that employers use temp agencies to change the rules of the labor market for workers.

My own research has documented another way that employers have used the temp industry as a weapon against workers:  union busting.

In one case, a Pennsylvania manufacturer fired its pro-union employees and then showed its remaining employees a list of Labor Ready temps who would replace them if they persisted in union activities. In another case, a Nevada manufacturer argued to the National Labor Relations Board that its temps should be included in the union and therefore allowed to vote in the union election. But, as it turned out, the employer had also promised those temps permanent jobs if they voted against the union. And, in another case, a Washington D.C. hospital replaced 1,200 striking nurses with 700 temps. After seven weeks of intense negotiations and high-profile protest, the workers finally called off the strike and agreed to a worse contract than the hospital had originally offered.

Ultimately, I find that employers can strategically use temps and temp agencies—sometimes in remarkably inventive ways—to increase their leverage over workers and their unions. Deploying temps in this way, I argue, is not simply a continuation of employers’ long-standing practice of replacing union workers with “scab” labor. Instead, it is a new phenomenon. Foremost this is because the temp industry facilitates worker replacement at a much greater scale and speed than otherwise possible, at times supplying employers with hundreds of workers on short notice. Even more, however, it is because the very structure of temporary employment—and, importantly, the unique precarity of temps within this structure—gives employers new opportunities to gain leverage over workers.

Thus I conclude that the temp industry has helped change the rules of the game for workers and their unions, tilting it even more in employers’ favor. In what other ways have the purveyors of precarity altered the basic mechanisms of the labor market?

Erin Hatton is an associate professor of sociology at the State University of New York at Buffalo. This article is based on “Temporary Weapons: Employers’ Use of Temps against Organized Labor,” published in ILR Review.