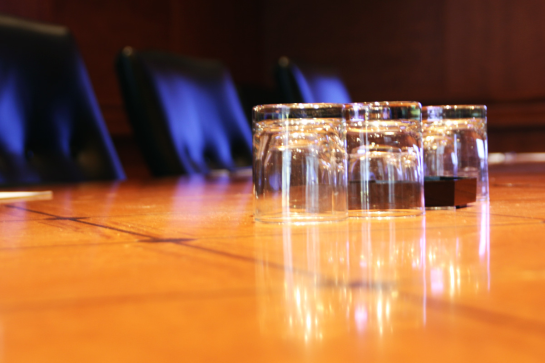 Sheryl Sandberg (COO of Facebook) may be the most well-known and influential woman in corporate America. Her 2010 TED talk entitled “Why we have too few women leaders” has been watched more than 6.1 million times. Her subsequent 2013 book, Lean in: Women and the Will to Lead, has been widely read, making both the New York Times and Amazon best sellers lists.

Sandberg argues that women “lean in” and work diligently at achieving what they want at work. In effect, regardless of the gendered biases and inequalities confronting women in the paid labor force, they should strive to do it all—a “make advances, not excuses” self-help approach. Sandberg acknowledges that women have a more difficult situation navigating both the work and the work-family nexus than men; and she hopes to inspire women to go after their ambitions despite structural obstacles.

Yet while Sandberg acknowledges some structural obstacles, the main argument of Lean In suggests that women should strive to overcome them to succeed.

Notwithstanding the criticism it has received and its overly agentic emphasis, Sandberg’s message is a powerful one—even if for no other reason than generating the fodder for conversations and debates that would otherwise be absent.

Although Sandberg and other women who have been successful in the corporate world have received enormous attention in the media, women’s representation in corporate leadership positions, such as executives and directors, remains incredibly low.

For example, Catalyst Inc.’s estimates of women’s representation in Fortune 500 firms, suggest that women continue to hold very few leadership positions—only about 17% of corporate board positions and less than 15% of corporate executive positions. Moreover, on this indicator and others of women’s opportunities progress has stalled. It will take much more than leaning in to overcome the structural barriers blocking women’s access to the corporate suite.

Women have dramatically increased their educational credentials and labor force participation since the 1970s. So, why the stall in women’s progress? Some researchers offer the explanation that women hold other women back. In the 1970s, Staines, Tavris, and Jayaratne (1974) wrote an article in Psychology Today where they developed the “Queen Bee Syndrome” explanation for gender inequality. They contended that because women’s opportunities to gain access to powerful positions are so rare, and hyper competitive, that they actively work against women subordinates when they gain access to those positions.

Given women’s extraordinarily low representation in the corporate suite, could it be possible that women are holding other women back from opportunities and advancement in large corporations? As Peggy Drexler states in her 2013 Wall Street Journal piece,

“Four decades later, the [queen bee] syndrome still thrives, given new life by the mass ascent of women to management positions. This generation of queen bees is no less determined to secure their hard-won places as alpha females. Far from nurturing the growth of younger female talent, they push aside possible competitors by chipping away at their self-confidence or undermining their professional standing. It is a trend thick with irony: The very women who have complained for decades about unequal treatment now perpetuate many of the same problems by turning on their own.”

Is this a reasonable explanation? Do women leaders hold other women back? In recent research published in Gender & Society, my colleagues and I examined the relationship between women’s representation in leadership positions (corporate directors and executives) among a sample of U.S. Fortune 1000 companies and gender segregation among non-managerial employees in those firms.

We drew on a conceptual framework developed by sociologists Philip Cohen and Matt Huffman, asking if women in power act as agents of change or cogs in the machine. If women benefit the careers of other women, we would expect that women in the corporate suite would be associated with less gender segregation among subordinates. However, if the cogs in the machine/queen bee effect is a reasonable explanation, then we would expect to find that women’s representation would have no, or worsening, effects on gender segregation among non-managerial workers.

Hence, our results do not suggest that the queen bee syndrome operates in the corporate suite, but rather favors the explanation that women in powerful positions benefit other women.

Our research demonstrates that there are significant benefits to having women in the corporate suite. Having more women in leadership positions is associated with lower gender segregation among subordinates and women’s greater access to managerial positions—key indicators of equal opportunity.

Rather than simply asking women to “lean in”, organizations should hold themselves accountable to developing and maintaining gender diversity in the corporate suite. Because of the dearth of women in these positions, organizational strategies will need to not only include the “add women and stir” variety that focus on numeric changes, but also to implement structural and cultural changes that can seriously and strategically attract and retain women to these positions.

Although a large volume of research has focused on the “bottom-line” financial reasons why organizations should increase diversity in recent years, the moral reasons are just as compelling—especially, in a society, such as the United States, where equality and opportunity are espoused as founding principles.