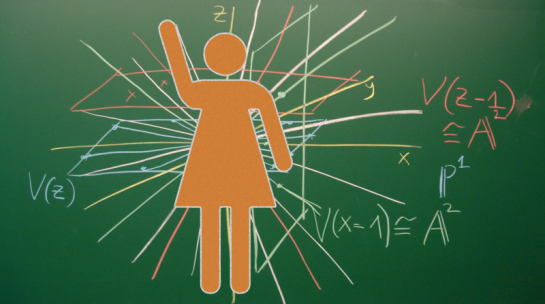 Despite advances toward equality in other areas, occupational sex segregation has remained essentially unchanged over the last quarter century. What keeps some jobs dominated by men and others by women?

Looking at engineering, perhaps the most male-dominated profession, helps understand some of the drivers of occupational sex segregation. In the U.S., less than 20% of undergraduate engineering degrees go to women, and less than 13% of the current engineering workforce is female.

Much ink has been spilled describing factors that lead men to persist or women to leave engineering. Confidence, family plans, a sense of fit, and external encouragement are some such factors.

But how do these gender differences emerge? How are they experienced by students? What happens and when?

To answer these questions, we collected and analyzed twice-monthly diary entries from more than 40 engineering students across four universities during their four years of college: over 3,000 diary entries in all.

At college entry, most engineering students look similar: excellent high school grades, particularly in math and science, great SAT scores, and many extracurricular activities. These bright and talented women and men are ready for the challenges of engineering training.

Many have similar reasons for choosing engineering: they see themselves as “good in math and science,” and they want a respectable job that will be interesting and pay well.  Engineering works.  For example, on student in study named Celia writes:

I decided to pursue engineering simply because it sounded like the type of work I would enjoy and be successful at.  I have always liked math and science…I tend to think logically and rely on analysis over emotions.

Women, more often than men, initially chose engineering to make a difference.  Megan, echoing many, would like to apply engineering towards “some type of humanitarian work.” This small initial difference gets magnified during engineering education.

Initiation rituals: Am I the best in show?

Engineering courses are known for being tough. Panic commonly accompanies the first engineering exam. Yet, most get through it fine.

Sam, expecting to have failed, describes being “extremely happy” to have earned a 94.  Sam became confident that he would continue to do well.  After earning As and Bs, Rachel is similarly optimistic, noting, “I simply can’t wait [for sophomore year.] Bring on the challenge!”

New gender differences emerge here as well. Ashley describes some “self-doubt” about her performance. Ashley, like many engineering women, describes creating, from necessity, a support network of key faculty, often women, and classmates.

Beyond exams and grades, students must also learn to work in problem-solving and design teams for class projects. Men describe team projects as a wonderful turning point where theory and practice come together.  One student, Brandon, noted:

I made a pretty big stroke of progress last week, where I ended up proving the professor wrong on something she had done last year, which actually helped us find better results (well, also more correct results)….  [I]t’s really a blast working on something like that.

There was this one case where, in our design class, two girls in a group had been working on the robot we were building in that class for hours, and the guys in their group came in and within minutes had sentenced them to doing menial tasks while the guys went and had all the fun in the machine shop.  We heard the girls complaining about it…

Students routinely describe men dominating the designing and the “fun stuff,” and women doing the managing and organizing.  Here, peers impose stereotypical gender roles. Through these and many other similar “micro encounters” students socialize each other into a gendered engineering culture.

Still, many women persist. They are tenacious and use their support networks. Most of the women were members of Society of Women Engineers (SWE) – a national association where women can share concerns and get support from faculty, professionals, and other students. Many women report SWE as integral to their socialization into engineering.

Internships and summer jobs provide students the opportunity to “try on” being an engineer. Yet, worksite experiences often mirror those from students’ group projects: men are assigned interesting tasks and the opportunity to apply their budding expertise to challenging problems; women’s expertise is not taken as seriously and assignments reflect gender stereotypes.

Dylan describes a presentation at his internship organization as “an amazing experience of presenting to people who were older, more experienced and better educating[sic] than I am but nonetheless interested in what I am doing.”

In contrast, Jennifer reports that before a site visit, her supervisor reminded her, “’No tank tops, now.  We wouldn’t want to distract the guys,’” despite the fact that she had never worn tank tops or short skirts to her internship. While she considered confronting him, hesitated because he was her “supervisor and all that.” She later learned that “he does this a lot so either he is really inconsiderate or he doesn’t know that he is an unpleasant person that makes inappropriate comments.”

Although many women chose engineering to help improve society, women rarely saw that value being expressed in their internships.  Megan and Kimberly wonder if there’s a certain “mundaneness” that doesn’t align with their aspirations.

Not all of the men we studied decided to pursue engineering careers.  Yet even those who did not become engineers wrote that they appreciated how an engineering education gave them the tools to feel comfortable in the workplace—like a “real professional” as some put it.

Women’s experience of engineering is markedly different along two critical dimensions: They encounter a culture where sexism and stereotypes are left unaddressed, and where there is only lip service offered towards improving society.  Both trends disproportionately alienate women.

What is to be done?

Engineering programs committed to gender equity need to address gendered tasking and expectations in engineering teams and at internship worksites. We have previously advocated “directed internship seminars” where student internship experiences could be discussed for shared learning. These seminars would be led by instructors equipped to address gendered experiences – and to give formal feedback to those worksites. A similar process could be applied within the school to group projects and peer learning.

Beyond curricular reform, engineering needs to address indirect learning through initiation rituals and anticipatory socialization. Otherwise, the profession will continue to demonstrate its remarkable resilience in maintaining the status quo.

This article summarizes findings from “Persistence is Cultural: Professional Socialization and the Reproduction of Sex Segregation” in Work & Occupations.