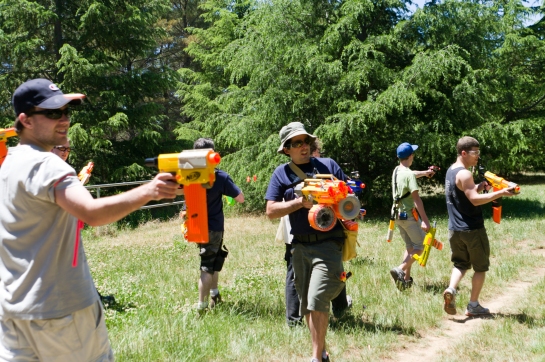 A hallmark of the late teens through the 20s is attainment of social roles that signify the balance of independence, interdependence, responsibility, and productivity widely considered to define adulthood in Western societies. Completing education, taking on full-time work, and starting a family are social signals that someone has left adolescence to become a “real” adult.

This process of becoming an adult, however, looks different for today’s young people than it did 20 years ago. Over the last several decades, the transition into adulthood has become delayed and elongated for two reasons.

First, the decline of the manufacturing sector and growth of the information/service sector have massively reshaped the economy into an hourglass labor market with little middle ground between the security afforded by professional careers and the insecurity of low-wage work. Second, that economic restructuring has affected cultural views about when young people “should” form families—after securing economic independence, which is increasingly difficult.

The transition into adulthood also looks different based on youth’s social class and family background.

The different resources that families provide can shape whether transitions into adult roles are launch pads into a successful adulthood or a time of stagnation that limits future opportunities. Parents’ own college education can influence the knowledge, status, and money they can pass along to youth, and family structure can influence the time and money that parents have to invest in youth.

In an article forthcoming in Research in Social Stratification and Mobility, we compared two age cohorts of youth as they aged from 16 years old to 32 years old in terms of family background disparities in how long they took to complete schooling and commit to the labor market as well as family formation transitions (marrying, becoming a parent) closely tied to such socioeconomic attainment. We found young people today are indeed delaying transitions into a number of adult roles. Those delays, however, look different depending on youth’s family backgrounds.

Compared to the older age cohort of young people coming of age in the 1980s, the more recent cohort of young adults in the early 2000s was, on average, slightly younger when the completed their schooling and had their first child and slightly older when they entered the labor force and got married for the first time. More of those young adults had college-educated parents but fewer lived with both biological parents when they were teenagers.

All things being equal, the most recent age cohort was less likely to have completed schooling, fully entered the labor force, married, or become parents by their 30s than those in the older cohort. The descriptive figure above shows the divergence of when cohorts moved into adult roles, with each graph depicting the proportion of young adults that had not yet transitioned into the role at each age. Labor force entry, for example, occurred earlier and at a sharper rate for the older age cohort in blue compared to the more recent cohort in red.

Having college-educated parents also made young people less likely to complete those transitions. Living with both parents as a teenager made school completion and having a baby less likely but labor force entry and getting married more likely.

Different transitions based on family background

The cross-cohort drop in school completion was more pronounced among young people from more disadvantaged family backgrounds (i.e., neither parent college-educated, non-partnered parents). Put differently, youth from disadvantaged backgrounds were more likely to have completed schooling in a given year of the age 16-32 time frame compared to advantaged youth, but that gap was largest for the older cohort from the 1980s.

Our findings confirm that young people today are delaying transitions into adult roles, which reflect large-scale economic structures and cultural norms. Contemporary young adults finish school, fully commit to the labor force, get married, and become parents significantly later than their counterparts did 20 years ago. Fewer of today’s young adults have achieved the roles that society deems them “real” adults by the beginning of their 30s.

Notably, youth’s family backgrounds accounted for some of those cross-cohort differences in markers of the transition into adulthood. The delay we found in school completion among youth from disadvantaged backgrounds was likely the result of taking more time to obtain a degree with breaks in enrollment as opposed to the pursuit of advanced degrees. Youth from more advantaged backgrounds, on the other hand, may have been delaying fully entering the labor force in favor of professionalization opportunities such as internships with little or no pay but that broadened their professional networks and gave them the work experience now required for entry-level jobs.

Knowing the sources and outcomes of differences in socioeconomic attainment during the transition into adulthood is especially important for current and future generations as today’s young adults take longer to achieve adult economic roles yet delay family formation to a much smaller extent. The lack of movement in childbearing patterns among young adults from more disadvantaged backgrounds has implications for their own socioeconomic prospects and those of their children.

Our study presented a broad overview of changes in the transition into adulthood and then considered whether those changes were specific to young people from different family backgrounds. This investigation of delays in the transition into adulthood as they relate to past inequality in family background and unequal future prospects is an important first step. Future research should build off of this framework to consider geographic differences, such as local labor markets dictating job opportunities, regional norms about the appropriate age for marriage and childbearing, and cross-national comparisons including non-Western countries.

This article summarizes findings from “Family Background and Changes in Young Adults’ School-Work Transitions and Family Formation in the United States,” forthcoming in Research in Social Stratification and Mobility.