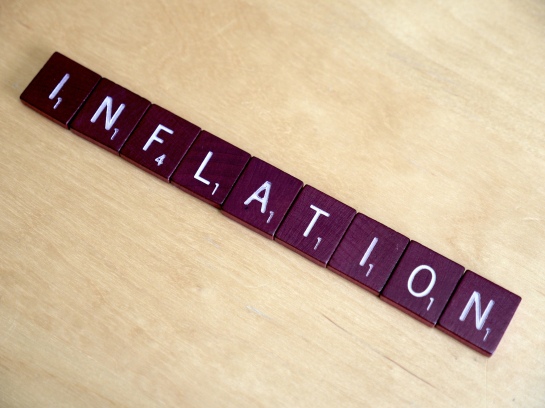 Milton Friedman passed away in 2006, but his monetarist theory and his neoliberal advocacy of the free market and small government is far from dead. It is still haunting us like a zombie, tying governments’ hands in bringing progressive policies that could stimulate economic growth, promote social equity, and improve working families’ livelihoods.

In a recently published article, fellow sociologist Daniel Thompson and I show that Friedman’s monetarist theory does not stand up to empirical testing. Neoliberal policies worldwide, as justified by the monetarist theory, are grounded more on paranoia about inflation than on solid intellectual foundation.

For a long time, monetarist theory had been viewed as empirically sound. It appeared to explain high inflation across advanced capitalist countries in the 1970s, as well as the successful taming of inflation following the radical fiscal and monetary contractions pioneered by the Reagan and Thatcher administrations in the 1980s.

Friedman’s monetarist theory stipulates that a free and unrestrained market could automatically bring equilibrium to supply and demand, realizing the economy’s full potential. What the government needs to do is to manage money growth and ensure it is commensurate with real economic expansion.

Monetary growth that is faster than real economic growth will not stimulate growth but instead, produce inflation in the long run. Growing government’s deficit spending is a major source of monetary laxity, as it induces central bank to print money to foot the bill. Big government is therefore inflationary, and government should stay small for the sake of macro-economic stability.

Ever since this monetarist view elevated to economic orthodoxy in the 1980s, any government’s move to increase spending, even at times of economic crisis in need of stimulus, have constantly triggered knee-jerk reactions of economists and politicians who cried foul of imminent runaway inflation.

In the aftermath of the global financial crisis of 2008, the Obama administration and Bernanke’s Federal Reserve unleashed large-scale fiscal and monetary stimuli respectively to prevent the recession from deteriorating into another Great Depression.

These measures provoked Niall Ferguson, a Harvard economic historian and probably the most influential Thatcherite and disciple of Milton Friedman, to warn of a double-digit “Great Inflation of the 2010s.” Back in 2004, the Economist featured a 1970s platform shoe and a “Back to the 1970s” headline on its cover, foretelling that fiscal and monetary expansion in the developed world would soon bring us back to 1970s style high inflation.

But these warnings never came true.

On the contrary, what Europe and the US face today is a challenging lack of inflation and even a dangerous deflationary risk.  Regardless, the gripping fear of inflation has continued to make any sustained fiscal and monetary expansion politically difficult. This fear helps justify the conservative policies of austerity at times of economic difficulties that destroy jobs and wreak havoc livelihoods of millions.

A paradoxical conjunction of low inflation and fiscal-cum-monetary expansion started after the 1990s and became entrenched in the aftermath of the global financial crisis of 2008. It is at odds with the prediction derived from the monetarist orthodoxy.

In our study, we analyze data on price, money supply, and working class power (such as unemployment rate and union density), in 23 rich democracies from 1960-2009.

We find that the most prevalent force driving inflation rate up and down is empowerment and disempowerment of organized labor, not change in money supply per se.

In the 1970s, powerful labor pushed wages up and brought about high inflation that hurt capitalists more than workers. The free market reform initiated by Reagan and Thatcher was essentially about rolling back workers’ power to stem wage increases and inflation. When money growth accelerated again in the 2000s, organized labor continued to be weakened by ongoing deregulation and globalization and, hence, inflation stayed low.

Most of us have forgotten that in the 1970s and 1980s, there was a rigorous academic literature showing that high inflation impacted social classes differently. While wage-induced inflation in the 1970s did not hurt real income of the working class and recipients of price-indexed welfare benefits much, it deflated their debts and mortgages.

On the other hand, inflation undermined capitalists and creditors most, as it devalued capital and outstanding loans in real terms. As such, high inflation has a redistributive effect. This pattern concurs with the observations that the 1970s was the decade of high inflation and also the decade of the lowest and falling income inequality across industrial democracies.

Opinion polls back in the 1970s showed that the lower classes were less concerned about inflation than higher income groups were, and the former were more worried about unemployment that counter-inflationary policies would bring.

In other words, high inflation in the 1970s and the fear and containment of it after 1980 is a tug of war between labor and capital.

The monetarist theory, by promoting the idea of a natural market order and presenting inflation as a distortion of such order requiring correction, effectively depoliticized the issue. In the words of heterodox economist Robert Pollin, it provides “a stamp of scientific respectability to a whole range of conservative policies” aimed primarily to restore capital’s power over labor.

Since the 1980s, the return of capital has been elevated under a low inflation environment, but only at the expense of job security and wage growth. While the risk of inflationary capitalist crisis receded, rising income inequality and wage stagnation fomented under-consumption, which had been tackled after the 1990s by lax fiscal and monetary policies favoring the upper classes (Keynesianism for the rich!) and encouraging the exuberance of debt-financed consumption. This sowed the seed of the Great Crash of 2008.

Eight years after the crash, organized labor continues to be marginalized. The US inflation rate has remained weak despite years of fiscal and monetary stimuli. Likewise, many other advanced economies including Japan and Eurozone countries have been struggling with deflationary pressure.

Our research suggests that central banks’ recent attempt to elevate inflation or fight deflation through loose monetary policy is misplaced. The key to lift inflation back to a healthy level necessary for stable economic growth is to adopt policies that increase workers’ bargaining power and income.

It is time for us to leave the monetarist orthodoxy behind and boldly pursue progressive labor re-empowering policies. This will not only rebalance our economy, but it will undo the social damages inflicted by decades of neoliberalism and the underlying excessive fear of inflation.

Ho-fung Hung is Associate Professor in the Department of Sociology at Johns Hopkins University. The article summarizes findings from “Money Supply, Class Power, and Inflation: Monetarism Reassessed” by Hung and Daniel Thompson in American Sociological Review.