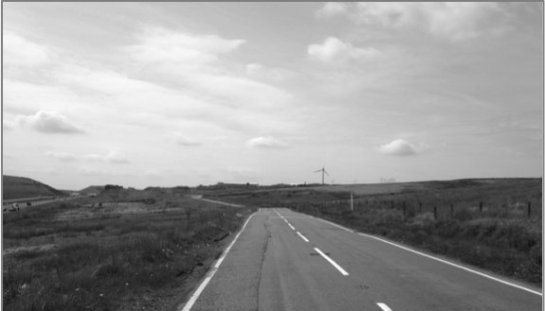 Indeed without migrants working in the sector it would be difficult for companies to meet fluctuating market demand and get food to supermarkets at an affordable (if increasingly unsustainable) price.

These were some of the findings from a recently published study I conducted with the geographer Paul Milbourne on migrant labour in the meat-processing sector in Wales in the UK. We found that migrants are an invisible part of the workforce.

Specifically, we found that the industry is characterized by employment practices and working conditions that set workers against each other in a competitive spiral of self-exploitation. This situation occurs in the tightly defined occupational spaces of the factory floor, where migrants are employed in positions (boning, freezing, preserving and packing meat) that are renowned for being dirty, dangerous and demanding.

In the early 1990s, government rhetoric espoused claims that they wanted to provide ‘good’ and ‘well paid’ jobs for local workers in some Welsh towns. Yet the supply of local labour soon dried up as workers were subjected to bullying and extremely long hours in poorly paid jobs.

Factories next turned to Portuguese workers, who were treated in much the same way. After 2004, European expansion brought around a million Polish workers to the UK, with many Portuguese workers then finding that they too were surplus to requirements.

A large number of the workers in our study were Poles, but not all. In some factories competitive tensions between the Portuguese and Polish workers were still particularity strong and they were often segregated by nationality to maintain competitive cycles of production. Such practice not only lessens the likelihood of migrants learning English, it also undermines any gains they could potentially obtain collectively.

This situation creates many problems for migrant workers and they often push themselves to physical and mental extremes. This self-perception normalizes a culture of long working hours and intensive working conditions that further undermines their ability to integrate.

Hyper-flexible, zero-hours contracts are now used directly by employers as well as recruitment and employment agencies. Migrants in meat-processing plants work long and demanding shifts and they are often on call day and night, with no idea when the next opportunity to work a shift will come. There were numerous examples of such practice across the factories in our study.

In periods when factories are working at full capacity, migrants can be required to work 12-hour shifts for weeks on end or risk losing their job. When orders were scarce, however, they are sent home with no pay and no knowledge of when they will work again. This is extremely problematic, as it creates great economic uncertainty and insecurity, for British workers as well as for migrants.

Many factory owners run a ‘tight ship’ and stay just to the right side of minimum legal requirements on any number of issues. They have also fought hard to keep trade unions out of the workplace, thus undermining worker protections even further.

Although the majority of our sample had degrees or vocational qualifications, most had been unable to secure employment that matched their qualification and skills and a widespread process of deskilling and downward social mobility was evident.

The initial waves of migrants arriving in Wales in the immediate post-2004 period were male. More recently the number of female migrants increased, both as single people and also as partners of pioneer male migrants.

Those moving to be with male partners experienced particular difficulties in places where the only available jobs were in meat-processing factories. Many worked below their education or skill level and they often had to support each other with childcare responsibilities to cover the vagaries of hyper-flexible work patterns.

Workplace relations were particularly difficult for migrant women to negotiate, and we found incidences of verbal and physical abuse.

Rather than focusing attention on the low-wage and low-skill nature of the local economy, economic marginalisation among local populations often creates negative attitudes towards migrant workers. Yet our study found that migrants employed in meat-processing factories across Wales often live on the social fringe as marginal members of society, often with little time for anything other than work.

We concluded our study that some tasks are essential for society to function successfully. And for these tasks to be carried out effectively, some groups – in this case migrants – must be marginalised and positioned as ‘outsiders’.

John Lever is Senior Lecturer in Sustainability, Department of Management, University of Huddersfield. This article summarizes findings from “The Structural Invisibility of Outsiders: The Role of Migrant Labour in the Meat-Processing Industry,” in Sociology.