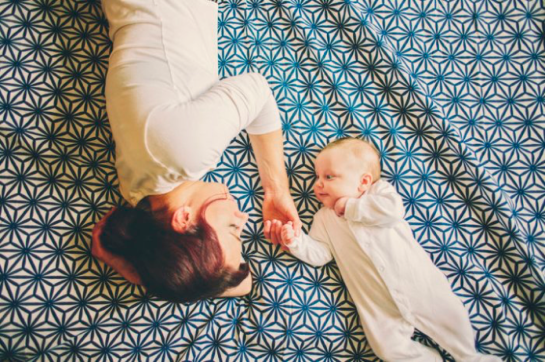 Mother and baby girl lying on the bed together looking at each other.

While we give the mothers in our lives their well-deserved thanks and recognition, this Mother’s Day, let’s remember something very important about motherhood: It’s not a given. Not every woman wants to be a mom.

Despite our culture’s deeply held belief that women are uniquely wired to want children, the notion of maternal instinct is a myth. Evidence for the idea that women are innately drawn to having children is scant, if it exists at all.

Not one of the over 700 entries in Sage Publishing’s Encyclopedia of Motherhood is dedicated to the concept of maternal instinct.

Professor Maria Vicedo-Castello reviewed the history of scientific views about maternal instinct and concluded that “there is no scientific evidence to claim that there is a maternal instinct that automatically gives women the desire to have children, makes women more emotional than men, confers upon them a higher capacity for nurturance, and makes them better equipped to rear children than men.”

If women were really born with a maternal instinct, we would see birth rates stay the same through the years. Even the feminist movement of the 1960s and ‘70s that expanded educational and workforce opportunities for many women shouldn’t change which women decide to be parents. But childfree adulthood has been on the rise since then.

What we think of as maternal instinct comes from our culture rather than our nature. Children – and girls in particular – are taught from a very young age that one of the most important things they can do when they grow up is become parents. A web search for “girls’ toys” and “boys’ toys” quickly reveals that parenthood is girls’ domain.

Perpetuating the myth of maternal instinct harms all women, whether they have children or not

Women who choose to have children are told that it’s the most important thing they do. It is no accident that pressure on mothers to intensively nurture their children increased at the very time more women began working outside the home.

As women’s labor force participation grew, their share of the work at home did not decline. Instead, women became subject to an ideology which holds that good mothering means labor-intensive mothering.

While mothers are pressured to intensively parent, women who opt out of parenthood are treated as social pariahs. We’re told that the most important job any woman can hold is motherhood, that childfree women are selfish, and even that they’re bad for America.

Kelly, a pediatrician in her early 40s who I interviewed for my study of the childfree, told me, “It can be isolating to be a woman without kids. I think people don’t really get where I’m coming from.”

Amber, a communications specialist in her mid 30s told me, “Men look at me like – not actually like there’s something wrong with me, but like what’s up with me, why am I like this. It’s like they’re trying to figure out what happened to me that I don’t want kids. Like there’s something weird going on with my womanhood.”

As I childfree woman myself, I’ve been told by complete strangers that I have made a selfish choice and will one day regret it.

Nevertheless, some women do feel compelled for reasons they cannot always articulate to have children. And, in the absence of an easy explanation, it’s understandable to believe that natural instinct is the reason. But the more we look into it, the more we find that’s not the case.

On May 14th, let’s recognize the women who have opted to take on the difficult work of good mothering by giving them credit for their choice and their efforts. Our gratitude will be appreciated much more than were we to discount motherhood as what happens naturally without their intentional effort.

Amy Blackstone is a Professor of Sociology at the University of Maine, blogger at we’re {not} having a baby!, and a member of the Council on Contemporary Families and Scholars Strategy Network. Find her on Twitter @soc_gal and @nothavingababy.