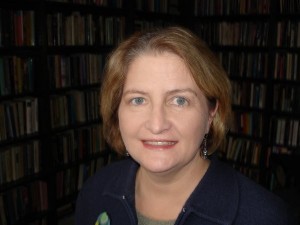 [Ed note: This is the second of 14 posts in a virtual panel on The Future of Organizational Sociology.]

As teachers, we often hear that the future will be shaped by our students. If this is the case, then the signs are mixed and confusing. On one day, a good omen may appear, typically in the form of an enthusiastic undergraduate. At the University of Chicago, these students are often economics or public policy majors who have encountered a piece of organizational analysis and seized upon it as the key to understanding the complexities of the policy process, firm behavior, or the organization of markets. On less auspicious days, our most dedicated graduate students present a different vision of the future, one in which organizational researchers risk becoming overwhelmed by a meta-literature, focused on agendas, epistemologies, ontologies and reflections.

This tale of two students poses a challenge for organizational sociologists. How can we retain the capacity to inspire while demanding of ourselves the kind of rigor and clarity that are represented by all those discussions of ontology, epistemology, and method? This challenge is not new. As a graduate student, I received the following job market wisdom circa 1990: “Go out on the market as an organizations person. Everyone knows they need one. Everyone thinks they are boring.” If I could pull off a performance as an interesting organizations person, I would do just fine.

These three tales remind us to revisit a key question for any scholar: What makes something interesting?

This question was a favorite of the late and greatly missed Mayer Zald, who enthusiastically promoted Murray Davis’ claim that interest is produced by the combination of theoretically-motivated expectations with an unexpected claim or finding. Whether something is interesting depends upon its relationship to a background provided by theory, prior studies, and common sense: “Interesting theories are those which deny certain assumptions of their audience, while non-interesting theories are those which affirm certain assumptions of their audience” (1971: 309). When it comes to empirical findings, this threshold for interesting-ness is often relaxed: interesting explanations add some new factor to those that we already think are important or succeed in applying a familiar explanatory model to a novel case. At the level of either interesting theory or interesting findings, therefore, Davis’ argument poses a conundrum. Really interesting work undermines the strength of the expectations that make it interesting.

At a moment when sessions on “the future of organizational sociology” draw large crowds (implying, if Davis is right, that many think that future is uncertain), it is worth reflecting on how organizational sociologists in the past succeeded in “being interesting” and how we might confront the challenge going forward.

American organizational sociology found its stride in the post-war decades with compelling analyses of large corporations and public agencies. The central problems for this literature were closely connected to the recently-institutionalized canon of sociological theory: Adam Smith and Emile Durkheim on the division of labor, Karl Marx on the evolution of capitalism, and, above all, Max Weber on bureaucracy. At a basic level, it was interesting to find that the models developed to explain the rise of European capitalist modernity were applicable to American cases. Still more interesting were the cases where those theoretical expectations were not met – or not met in the way that one might expect. Philip Selznick’s classic TVA and the Grassroots illuminated how formal bureaucracy was subverted by informal relations and cooptation in the effort to realize the goals of the Tennessee Valley Authority. This was truly interesting stuff at a moment when readers expected great things of professional public bureaucracies. Decades later, however, to a readership well-prepared to expect dysfunctional government, the findings may appear less surprising.

As our structures of expectation become more fragmented or are undermined by historical change, being interesting becomes harder for everyone. One response to this situation has been a call for “problem-driven” research that, according to Jerry Davis and Christopher Marquis, draws “on organizational mechanisms to make sense of more or less singular historical occurrences in institutional fields.” But what constitutes a historical occurrence that merits inquiry? If research is to be interesting, what constitutes an interesting problem? The authors of those classics of post-war organizational sociologists had an answer to this. Those “old institutionalists” knew – either second-hand or through their own experience – of the contrast between something they understood as “community” and the formal hierarchy of bureaucratic institutions. The receipt of a draft notice and the experience of induction into one of the most significant complex organizations were interesting both in their substantive (indeed life-and-death) qualities and as contrasts to the expectations derived from very different ways of life. For a slightly later generation, federal funding supported vibrant multi-disciplinary conversations centered on policy domains such as health and education, issues central to the practical organizational project of implementing new social programs.

Going forward, organizational sociologists should be attuned to new substantive problems that challenge the expectations that are formed not only by reading the canon of organizational theory but by our immersion in a social world in massive flux. A number of years ago, Julia Adams, Ann Orloff and I edited a book in response to a similar sense of disorientation that was deeply felt by historical sociologists. At the time, it seemed that the vibrant debates of the late 1970s and 1980s had given way to projects that took classic debates over revolution or state-formation and then “added a theory” or explored another case. Many of these contributions were extraordinary in their own right, but the cumulative effect was to undermine those dramatic clashes between Marx and Weber that had animated the work of that earlier cohort of historical sociologists. Less than a decade after the results of that collective reflection were published, we find the subfield revitalized not by meta-discussions but, to use William Sewell’s phrase, through an “eventful” revitalization. Multiplying wars, an apparent resurgence of “empire” as a form of political order, transformations and reconfigurations of political regimes – all this chaos reanimated the questions central to historical sociology.

So one route – and surely not the only one – to an interesting future for organizational sociology might be found in paying greater attention to the structures of relevance that make organizations interesting to other sociologists and to general audiences. One possible path to that destination requires engagement with a set of theorists broader than the familiar theory debates that have powered the subfield for so many years. A second path would be guided by a more eventful sense of the ways in which contemporary organizations confound the expectations not only of organizational sociologists but of broader audiences, questions that might be signaled by the claims of lawlessness on the part of professional police organizations, the ways in which organizational strategy has permeated political institutions, or the forms of networked organization that undergird the rapidly evolving security state and the transnational economy.

Questions generated in this way are likely to be big, complex and messy – and therefore risky in the context of the work world in which academics live. In a subfield increasingly focused on new ventures, perhaps it is time to rethink our trade-offs between classically Weberian calculability and entrepreneurial risk-taking.

Elisabeth S. Clemens is Professor and Chair of Sociology at the University of Chicago as well as a former Master of the Social Sciences Collegiate Division.