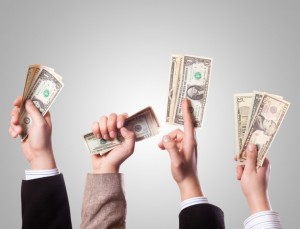 There’s a puzzle around economics. On the one hand, economists have the most policy influence of any group of social scientists. In the United States, for example, economics is the only social science that controls a major branch of government policy (through the Federal Reserve), or has an office in the White House (the Council of Economic Advisers). And though they don’t rank up there with lawyers, economists make a fairly strong showing among prime ministers and presidents, as well.

But as any economist will tell you, that doesn’t mean that policymakers commonly take their advice. There are lots of areas where economists broadly agree, but policymakers don’t seem to care. Economists have wide consensus on the need for carbon taxes, but that doesn’t make them an easier political sell. And on topics where there’s a wider range of economic opinions, like over minimum wages, it seems that every politician can find an economist to tell her exactly what she wants to hear.

So if policymakers don’t take economists’ advice, do they actually matter in public policy? Here, it’s useful to distinguish between two different types of influence: direct and indirect.

Direct influence is what we usually think of when we consider how experts might affect policy. A political leader turns to a prominent academic to help him craft new legislation. A president asks economic advisers which of two policy options is preferable. Or, in the case where the expert is herself the decisionmaker, she draws on her own deep knowledge to inform political choices.

This happens, but to a limited extent. Though politicians may listen to economists’ recommendations, their decisions are dominated by political concerns. They pay particular attention to advice that agrees with what they already want to do, and the rise of think tanks has made it even easier to find experts who support a preexisting position.

Research on experts suggests that direct advisory effects are more likely to occur under two conditions. The first is when a policy decision has already been defined as more technical than political—that experts are the appropriate group to be deciding. So we leave it to specialists to determine what inventions can be patented, or which drugs are safe for consumers, or (with occasional exceptions) how best to count the population. In countries with independent central banks, economists often control monetary policy in this way.

Experts can also have direct effects when possible solutions to a problem have not yet been defined. This can happen in crisis situations: think of policymakers desperately casting about for answers during the peak of the financial crisis. Or it can take place early in the policy process: consider economists being brought in at the beginning of an administration to inject new ideas into health care reform.

But though economists have some direct influence, their greatest policy effects may take place through less direct routes—by helping policymakers to think about the world in new ways.

For example, economists help create new forms of measurement and decision-making tools that change public debate. GDP is perhaps the most obvious of these. A hundred years ago, while politicians talked about economic issues, they did not talk about “the economy.” “The economy,” that focal point of so much of today’s chatter, only emerged when national income and product accounts were created in the mid-20th century. GDP changes have political, as well as economic, effects. There were military implications when China’s GDP overtook Japan’s; no doubt the political environment will change more when it surpasses the United States.

Less visible economic tools also shape political debate. When policymakers require cost-benefit analysis of new regulation, conversations change because the costs of regulation become much more visible, while unquantifiable effects may get lost in the debate. Indicators like GDP and methods like cost-benefit analysis are not solely the product of economists, but economists have been central in developing them and encouraging their use.

The spread of technical devices, though, is not the only way economics changes how we think about policy. The spread of an economic style of reasoning has been equally important.

Philosopher Ian Hacking has argued that the emergence of a statistical style of reasoning first made it possible to say that the population of New York on 1 January 1820 was 100,000. Similarly, an economic style of reasoning—a sort of Econ 101-thinking organized around basic concepts like incentives, efficiency, and opportunity costs—has changed the way policymakers think.

While economists might wish economic reasoning were more visible in government, over the past fifty years it has in fact become much more widespread. Organizations like the US Congressional Budget Office (and its equivalents elsewhere) are now formally responsible for quantifying policy tradeoffs. Less formally, other disciplines that train policymakers now include some element of economics. This includes master’s programs in public policy, organized loosely around microeconomics, and law, in which law and economics is an important subfield. These curricular developments have exposed more policymakers to basic economic reasoning.

The policy effects of an economic style of reasoning are harder to pinpoint than, for example, whether policymakers adopted an economist’s tax policy recommendation. But in the last few decades, new policy areas have been reconceptualized in economic terms. As a result, we now see education as an investment in human capital, science as a source of productivity-increasing technological innovations, and the environment as a collection of ecosystem services. This subtle shift in orientation has implications for what policies we consider, as well as our perception of their ultimate goals.

In the end, then, there is no puzzle. Economists do matter in public policy, even though policymakers, in fact, often ignore their advice. If we are interested in understanding how, though, we should pay attention to more than whether politicians take economists’ recommendations—we must also consider how their intellectual tools shape the very ways that policymakers, and all of us, think.

This article originally appeared on the OUPblog.

Elizabeth Popp Berman is associate professor of sociology at the University at Albany, SUNY. She can be found at the blog orgtheory, and on Twitter @epopppp. Daniel Hirschman is a PhD candidate in sociology at the University of Michigan and, starting in 2016, will be assistant professor of sociology at Brown University. He writes for the sociology blog scatterplot, and can be found Twitter @asociologist. Their article, “Do Economists Make Policies? On the Political Effects of Economics,” was recently published in Socio-Economic Review.