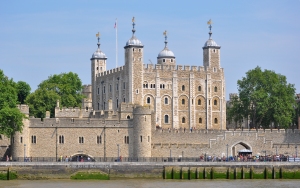 Throughout history the church and the crown (often closely aligned, although sometimes at odds) have defined truth in their own interests and required absolute reverence for their truth claims. In some places, this is still the case, with grave consequences for the populations subordinated in this way. In democratic societies, science emerged as a counter-truth, but not easily and not without struggle and great cost. Scientists, however, did not always agree among themselves, especially as new discoveries called the “settled” wisdom of the time into question. Through centuries of such struggle, it was actually quite late in history before prominent scientists from different cultural traditions endeavored to formulate a set of rules to be followed for both doing science and evaluating it.

While there are paradigms and conventions accepted within each field of scientific inquiry about what are appropriate procedures and accepted theoretical frameworks, these are always subject to challenge, and indeed, substantial rewards go to those who establish new theoretical insights, especially if they are frame breaking and paradigm challenging. To some, this is the process that science should follow, but it is never an easy pathway, because of the institutional processes that have been put in place to guard against both error and fraud, with recent examples in the news indicating how tenuous even these well-established institutional processes are.

So what are these processes and why do we often feel they are inadequate as a means to scientific achievements? First is that our work be made public and subjected to evaluation by others trained in the field, through a double blind peer review process intended to reduce the biases of both friendship and enmity among scientists. Second is that we ground our research on the work that has come before, justify any departures from accepted theory and method, and that there is coherence in the relationships among question, method, analysis, and conclusions. Third, the research that has passed through the evaluation process, certified in a sense by anonymous reviewers in ones field as meeting quality standards, is then further evaluated by whether other scientists in the field incorporate the findings from the works that have been published into their own research as evidenced by whether they cite the work in subsequent published research. Of course, there is much more to it than this suggests, and importantly, anyone who has had experience over any period of time in the effort to do and publish research and to be evaluated for it knows that the processes do not quite work this way.

At every step along the way, the system can be gamed, and it often is.

Further, there are lots of people in the field who are not all that well trained, not very imaginative, not very generous, and perhaps not very attentive or conscientious in their participation in reviews. Certainly most of us who have submitted our work and received reviews back have often felt that the process is deeply flawed and that there has to be a better way.

Contrary to the claims about novelty being given priority, however, the evaluation system in science privileges tradition, convention, and embeddedness in existing paradigms. It is hard to break through with new or novel ideas, and even more so with new or novel methodologies. Research published in the field of organization studies, like in most scientific fields, is cumulative, but not settled. And being interesting is a virtue if it calls attention to error or misdirection in previous research, but not if it develops interesting conclusions through fraud or incompetence. Hence, reviewers are always looking for what seems to break new ground without breaking the rules.

If one adds to the imperfections that exist within the institutional systems to safeguard truth in scientific research the changes that have taken place in universities, as well as in the organizations we study, there are even more opportunities for gaming the system and for undermining credible means to evaluate the specialized expertise that is required to do good academic research.

Universities are the iconic organizations where those who have knowledge are in the middle but need to be evaluated by those in higher levels of authority who are not trained in the same areas of research. In these “R-structure” organizations those with the wisdom of routinized charisma are admitted into the “ranks” of the organization and allowed to claim expertise only after they have gone through careful selection, observation, long years of training, examinations, undertaken a practice period before full-fledged admission to the profession, and continued intense socialization. The process of obtaining the credentials is long and arduous, because once admitted into the ranks of the profession, it is hard to get rid of people or to protect from their incompetence. The focus in these professional roles, therefore, is on preventing mistakes, rather than correcting them. Admission to tenure-track positions requires the credentials that come with this kind of training, and granting of tenure is supposed to be given only after the individual has sufficiently demonstrated his or her competence in quality research, teaching, and service (especially participation in self-governance within a collegial system).

Universities, however, have been targets of political movements, especially if college professors use their expertise in research and their positions in the university to speak “truth” to power. Financial support of public universities, in particular, have been reduced over the decades since the resurgence of the new right wing movement in the U.S., for example, where public employees and public university systems have been frequent and easy targets. Further, the success of tenured university professors to gain higher wages and better working conditions have contributed to the costs of universities as the numbers of students seeking a college degree have expanded. In response, universities have been hiring increasing proportions of faculty in contingent, non-tenure track positions, including recently as full-time employees.

Across the U.S. it is estimated that about 70% of teaching is now done at the university level by non-tenure-track faculty members. In most cases, these employees do not have the same research training that tenure-track and tenured faculty have had to undertake, nor do they have the same protections for continued employment. In most cases, contingent faculty are not expected to do research, raising serious questions about the meaning and value of a university education. Increasingly, universities are responding to this new change of circumstances by calling into question the privileges of the research contributions and independence that has existed for tenured faculty in the past, even making the argument that both tenure-track and non-tenure track faculty “are doing the same work,” and thus should be treated similarly.

In this environment, the protection of academic freedom embodied in the concept of tenure is becoming increasingly important, both in terms of protecting faculty with unpopular political views and protecting those who endeavor to introduce new ideas to science that have not yet been widely accepted.

The changes in the economy that have both made business schools more prominent within universities and made the subject matter of management study so elusive are not just the luck of the draw. The changes that have taken place over the last half century have been the result of specific efforts by employers to escape the institutional protections that organized labor provided (both for workers in unions and those outside of them) and the regulations that have more broadly been introduced into the operation of the economy. Technological changes and transportation and communication improvements have facilitated these efforts to unmake past institutional protections for workers, contributing to growing economic inequality, the destruction of unionized labor, and in a round-about way, also the attack on public employees, including university faculty.

In this environment, with tenure-track faculty positions disappearing, the competition for positions has increased and the incentives to game the system have become greater at a time when the ability of the institutions of science to protect against it have been eroding. Science should have purpose and should build upon itself with good research, but it also has to have freedom and flexibility to challenge orthodoxy and to explore pathways to new areas of knowledge. And importantly, there has to be room to speak truth to power.

Nancy DiTomaso is Professor of Management and Global Business at Rutgers Business School—Newark and New Brunswick.