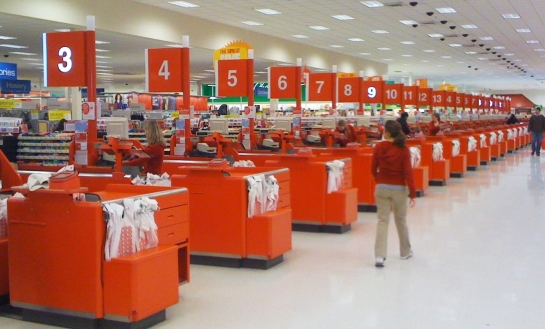 Many observers lament the bloated size of low-wage service employment in the U.S. They contrast high levels of precarity and minimal wages and benefits in retail, restaurant and personal services unfavorably with past standards in manufacturing, even if contemporary manufacturing has few of these traits.

Underlying such contrasts is often the assumption that frontline service jobs, since most don’t require a college degree, are low-skill. But is this, in fact, true? And how are their skill requirements changing?

In a recent study, I interrogated these questions and related ones about worker consciousness and organizing.

I honed in on Macy’s and Target, two iconic firms in the department store sector which is the largest division of the America’s largest low-wage service industry. I interviewed sixty-two workers from five stores in New York City.

What emerged were two key lessons: For one thing, not all service jobs are low skill. In fact, many Macy’s sales jobs require considerable knowledge, complexity and interpersonal know-how.

Second, the general trend in the department store sector is deskilling. Comparing Macy’s and Target as representatives of the full-line and discount models, there is undeniable simplification and routinization of salespersons’ tasks, with a related decline in their daily autonomy.

I describe Macy’s current sales process as semi-skilled, in contrast to its more fully-skilled twentieth-century predecessor, and Target’s as deskilled. The latter marks one step closer to the fully automated processes of online retailers.

Macy’s had no dedicated cashiers. “They actually made them salespeople,” stated an 18-year saleswoman. A salesman noted, “we used to have stock people, now there’s one stock person for the whole floor—you do everything, you are a glorified stock person.” Salespersons’ interactive tasks had been expanded to replace those of cashiers and their non-interactive ones to replace those of many stock workers.

A management-promulgated acronym (‘MAGIC’) embodied Macy’s sales method: ‘meet and make a connection … asking questions … give advice … inspire to buy … celebrate the purchase’ (shoe salesman). This required salespersons to intuit customers’ needs and deploy knowledge to guide them toward purchase.

Some relied more on personal charm. “I sort of use MAGIC,” said a shoe salesman, “but I try to stand out by my attitude and my luck.” A saleswoman found “it’s pretty much about being yourself, no one does the same thing.” Salespersons gauged the moods of shoppers and responded to them as they thought appropriate. Yet variation and complexity did not end there.

Macy’s salespersons had to know their goods. “You have to demonstrate your product knowledge,” said the shoe salesman. A suit salesman found that “it took me almost a year to confidently express my opinions to customers.”

Even those in lower-priced departments, such as women’s juniors, “ha[d] to know [the] merchandise, about the brand, about different times and different styles,” remarked a saleswoman. Selling thus required not only assessing customer wants, but improvising conversation and applying acquired knowledge to satisfy them.

Macy’s workers were granted considerable leeway, or what scholars call autonomy, to perform these interactions. Seldom did they complete specific tasks on command; instead, they balanced customer service and maintenance on their own.

Though sales output was closely monitored by computerized metrics, salespersons’ input tasks were largely self-determined. “We do our own thing,” said one saleswoman, “they [managers] tell us what to do but if we don’t feel like doing it we don’t really do it.” A different saleswoman affirmed that “even when Macy’s doesn’t have a supervisor on our floor we still join together and do what we have to—we get things done.”

At Target selling was routinized, mechanized and collectivized. Salespersons’ tasks were stocking, cleaning and maintenance while their interactions with customers consisted largely of locating items or prices. Cashiers closed purchases and were judged not on the value of their transactions but on the speed of their processing.

Selling was thus beyond the reach of individuals at Target. Stock workers supplied, salespersons maintained and fielded questions, while cashiers cashed. All was enabled by just-in-time computer replenishment: “You scan the shelf label,” said a stock worker, “if it’s upstairs they will send it down; if not, the scanner will order it from headquarters.”

Target’s sales motto was “Fast, Fun, Friendly” and its signature question “Can I help you find something?” Salespersons were coached to ask this of all customers who came within 10 feet, interrupting maintenance tasks to do so.

“I was working in pets and seasonal,” related a saleswoman, “and on my way to somewhere else I got stopped by three different guests and had to call backroom for three different items.” Another saleswoman found this “annoying to the customer and annoying to us because we can’t get done what we have to get done.”

At Target, customer service required very little knowledge. “It’s not like you have to think a lot,” remarked one salesman, and a stationary saleswoman confirmed that ‘in electronics they have to be knowledgeable, but not for me – no knowledge is necessary’. Interactions also had lower stakes than at Macy’s since they didn’t have to end in sales to be successful, only the location of an item or price. Because of this, Target salespersons had little incentive to interpret customers’ moods or improvise small talk.

They were also more tightly controlled. “I pretty much did anything I wanted in Macy’s,” said a Target and former Macy’s saleswoman, “Target is a little more strict: they are on you for doing your work.” A salesman noted that supervisors “constantly walk the floor to see if we are on task,” and another believed managers “use the [in-store] cameras to watch how everybody is working.”

Customer interaction was heavily scripted. Target managers told workers not only what to say (“Can I help you find something?”) and how to say it (“fast, fun, friendly”), but where (within 10 feet) and when: “five minute drills” were called “every hour” during which “everybody stops whatever they are doing and greets the guests,” said a saleswoman.

The future of retail and frontline services

If customer service at full-line retailers is now semi-skilled and that at discounters is deskilled, what does this say about the evolution of retail and service jobs?

I argue that the clearest pattern is downgrading of salespersons’ labor: from autonomous ‘deep acting’ to heteronomous ‘surface acting’ with a greater role played by computerized logistics systems and store design. This shift, embodied in the rise of discounters such as Walmart, Target and Kmart, helped pave the way for online shopping in which sales are almost completely automated.

It also eroded workers’ bargaining power. In Hard Sell: Work and Resistance in Retail Chains, I explore this aspect and the chances for union organizing with a larger set of interviews and historical data. I find that while sales deskilling makes workers more replaceable, it also increases their cooperation and solidarity. The latter has often provided a key inroad to unionization and the transformation of bad jobs into good. Perhaps in the turbulent times to come, it will provide for such positive change again.

Peter Ikeler is Assistant Professor of sociology at SUNY-Old Westbury.