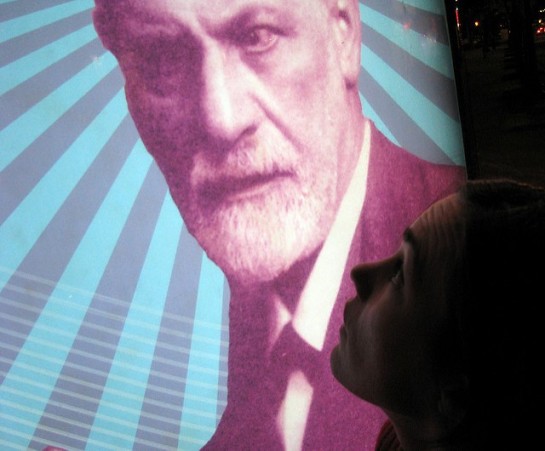 “I think people have all sorts of fantasies … that [psycho]analysts have certain … special capacities to … see through [them].” – Adam, psychoanalytic therapist

That professions no longer enjoy the relatively uncontested authority they had during much of the twentieth century is no surprise. Medicine has received sustained attention in this regard. Physicians have seen their power threatened as their financial ties to patients are overwhelmingly mediated by third-party payers, while their work diagnosing, treating, and researching disease is increasingly shaped by patients themselves.

In medicine, as in other professional realms, internet-based knowledge-sharing has made it easier for potential clients to attempt to diagnose and solve problems themselves rather than rely on expert “opinion.”

These challenges are shared by practitioners of psychoanalytic therapy, but further exacerbated by their own slippage within the field of mental health. Over the last forty years, psychoanalysis has been progressively displaced from its dominant place. U.S. psychiatry has been challenged by psychopharmacology, alternative talk, and behavioral interventions.

Yet, despite these challenges—and arguably even because of them—psychoanalytic therapists continue to perform and enjoy a level of charismatic authority sometimes assumed to have existed only during the community’s beginnings.

In a recently published article, I argue that charisma is key to understanding how psychoanalytic therapists, members of an embattled professional community, shore up an internal sense and external performance of expertise and authority.

The article draws on two and a half years of fieldwork with psychotherapists, including sixty interviews and eighteen months of ethnographic observations in a training program. Throughout my research, I repeatedly heard stories that echoed Adam’s words, above, both reporting and simultaneously recirculating accounts of the extraordinary abilities attributed to and claimed by psychoanalytic clinicians.

At first sight, charisma would seem to sit uneasily with professions. “Genuine” charisma, Weber argued, is revolutionary. It emerges in times of uncertainty and is contingent upon the recognition of its followers.

Charismatic leaders’ authority is volatile, depending on their ability to accomplish results. The bureaucratic authority of experts, in contrast, is supported by enduring institutional arrangements such as training programs, professional associations, and accreditation standards. Moreover, such professional authority depends on repetitive and frequently mundane work practices that foster expertise.

Yet, to understand the staying power of embattled professions, as sociologist Kathrine Chen argues, we must look at how their members endeavor to “charismatize the routine.” Weber too argued that charisma can become attached to an “office,” dependent more on the rituals associated with it than the outsized personality of a leader.

Psychoanalytic training institutes perform some of this function by immersing clinicians in a world of psychoanalytic language, ideas, and practices aimed at restoring the community’s claims to “specialness.”

Much psychoanalytic work (and expert work more generally) depends on storytelling. Work stories shared in training, supervision, therapy sessions, and among friends and colleagues, are not only opportunities for clinicians to conceptualize and solve problems, but also, on occasion, to affirm what is known as their “idealization” by patients and others. Through such stories, therapists cement their sense of possessing “extraordinary” abilities.

Adele, an experienced practitioner, told me that it is “an exception rather than the rule that somebody comes in [to therapy] and doesn’t expect that you know everything.” This was, to her, an instantiation of patients’ tendency to “idealize” their clinicians.

This kind of “idealization” is made possible and encouraged by a second set of practices, namely boundary drawing. The therapy office and the clinical hour are cautiously protected. As one of my interviewees put it, the office is a liminal space, “apart from the rest of the world.”

While hailed as protecting patients’ ability to speak with “impunity” about their internal experiences, the therapy frame also entails protections for clinicians. For example, within its bounds, practitioners curate their “idealized” images by managing self-disclosure through aesthetic choices in décor and appearance.

Lastly, and perhaps most importantly, psychoanalytic therapists engage in emotion work with their patients. This is, in many ways, at the root of their claim to and reputation for “special expertise.”

Joy, a clinician with more than thirty years of experience, explained how she turns to “what is going on in [her] own heart” to understand how patients feel, particularly when they are unable to articulate those feelings themselves. This, she thought, is “educational” for patients who learn to identify and name inchoate inner states.

By displaying affective strength and sensitivity, Joy positioned herself as a credible witness to and authority on her patient’s pain. She thus cemented the “effectiveness of the ritual acts”—as classic sociologist Weber put it—by which institutionalized charisma is sustained.

Where is this kind of charismatic authority likely to be most salient?

I suggest charismatic authority may be most germane in professions located at the nexus of what sociologist Hughes calls “guilty knowledge” and what Foucault refers to as “confession.” Priests, therapists and other counselors, physicians, lawyers, managers, and politicians work with the embarrassing, the dirty, and the uncomfortable aspects of human existence. They gain knowledge about the human condition in confessional or quasi-confessional settings and can inspire devoted feelings in their followers.

More research in this area is needed, but as experts—most recently, scientists—feel their own authoritative knowledge-claims threatened, they may well turn to such charismatic strategies to remain resilient in uncertain times.

Mariana Craciun is a Postdoctoral Fellow in the Sociology Department and the Science in Human Culture Program at Northwestern University. This post summarizes findings from the article “The cultural work of office charisma: maintaining professional power in psychotherapy” published in the journal Theory and Society.