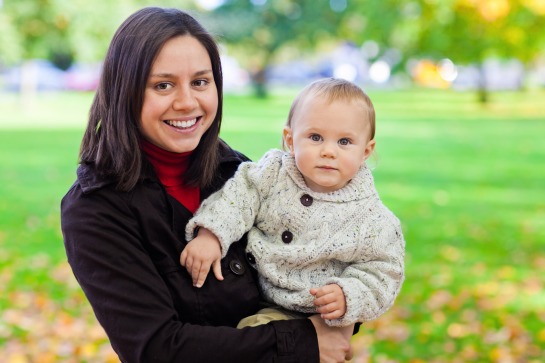 Most American moms go back to work after having a baby—sometimes almost immediately, sometimes after some hiatus. In the years after they have given birth, employed women suffer what sociologists call a “motherhood wage penalty.”

That is, their pay when working in the years after having the baby is lower than it would have been if they hadn’t had a baby. This is partly because they miss any raises or promotions they would have gotten during the period they were out of work. Another reason for the penalty is that some employers discriminate against mothers, treating them worse than they treat other women in hiring, pay, or promotion.

The study used data from a national survey that followed the same women from their youth through late middle age. We found a wage penalty of 10% per child for white women whose test scores put them in the top third, and whose earnings are above those of 80% of women. These women, who are mostly college graduates in professional or managerial jobs, earn 10% less if they have one child, 20% less if they have two children, and so on. Women who earn less and/or have less cognitive skill also suffer wage penalties for motherhood, but they are substantially smaller in percentage terms.

Why are penalties so high for this highly skilled, highly paid group?

We discovered that having these high penalties for motherhood is, perhaps ironically, a function of one of the ways these women are advantaged. Because of their skills and the good jobs they are in, they get sizeable raises every year that they are working, a real advantage over a lifetime. But this also implies a disadvantage—if they take even a short time out after having a baby, they may lose a raise they would have gotten during that period, and the raise they lose is likely to be larger in percentage terms than is true for women on a less steep upward career trajectory.

Our research also found that the effects on pay of being a mother cumulate over time.  To see this, our statistical analysis looked at the effect of being a mother at different numbers of years after the first birth.  At eight or more years after the birth, the penalty for the first child was 21% for highly skilled, high earning women, but much less for other groups of women.

Most women with high earnings and high skill wait to have their children until after they have married. These women are typically married to well-educated, high earning men. You might think, then, that this group would be the most likely to drop out of the labor market for many years, having the luxury to be stay-at-home moms. But, instead, we found that, on average, these women drop out for much less time than women with either lower pay or lower skills. Despite their high-earning husbands, they are often in jobs that are interesting enough and pay well enough to motivate them to come back to work soon after a birth.

To sum it up, we found that, although women lose in later earnings the longer they drop out, it wasn’t more lost experience from dropping out longer that caused highly paid, highly skilled women to have the highest motherhood penalties. Instead, it was that their bigger potential raises while working meant bigger potential losses of raises while out of work after having a baby.

In technical parlance, we found that it wasn’t less accumulated experience, but their higher rates of return to experience that actually made motherhood penalties larger among high-skilled, high-paid women.