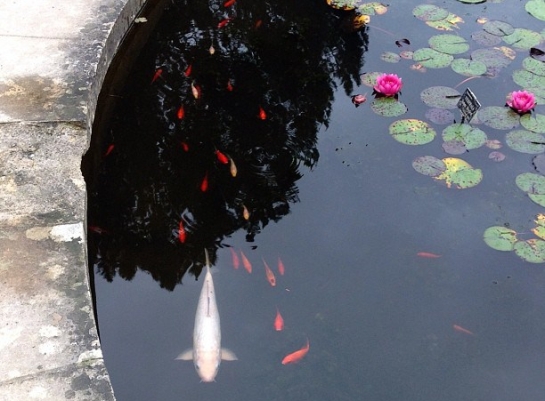 by Adam Cobb and Ken-Hou Lin

Historically, large firms in the United States paid their employees higher wages than did smaller enterprises. For example, economists Walter Oi and Todd Idson showed that firms with 500 or more workers paid wages that are 30 to 50% higher than those of firms with fewer than 25 workers.

By offering a “firm-size wage premium”, scholars argue that large firms are able to recruit better workers, reduce monitoring costs, and stay competitive. However, the firm-size wage premium has experienced a sharp decline in the past three decades. Who have been most affected by this trend? How has it contributed to the rising wage inequality?

Our recent study explores the changing firm-size wage premium and its inequality consequences between 1989 and 2014.

We argue that, by paying a greater premium to low-skilled workers, large firms have been a prominent labor-market institution that constrains inequality. Yet, broader changes to employment relations and organizational practices have undermined large firms’ role as an equalizing institution and led to higher levels of inequality in recent years.

Using data from the Current Population Survey and the Survey of Income and Program Participation, we examine how the firm-size wage premium has varied across the wage distribution and over time. The following points summarize some of our key findings.

In addition to paying workers more on average, large firms tend to pay low- and middle-wage workers a greater wage premium than high-wage workers. By raising the wage floor, large firms with a wide range of compensation could compress the wage distribution and create perceptions of equity and solidarity. Moreover, offering above-market wages to their lower-wage employees allows large firms to ensure worker loyalty, reduce shirking, and stave off unionization attempts.

The finding that low- and middle-wage workers receive higher premiums from working in large firms is unlikely to be driven by sorting. We find this pattern persists even when education, tenure, union status, and other individual characteristics are taken into account. For example, our regression models with individual fixed-effects indicate that workers at the bottom of wage distribution (i.e., 10th percentile) receive a 8% boost for working in firms with 1000+ workers, while those at the top (i.e., 90th percentile) receive only 4%.

As large firms compete in progressively less certain environments while experiencing mounting pressure to generate profits, they began to shift some of that uncertainty onto their workers.

Market-based employment practices, such as pay-for-performance, started to popularize since the 1980s, where wages are tied to workers’ relative performance, skills, and credentials. As outsourcing and nonstandard work arrangements became common solutions of cost cutting, firms also became more sensitive to the supply and demand of external markets and set their wages accordingly.

We find that low- and middle-wage workers have been the main victims of these organizational changes.

The changing firm-size premium accounts for a sizeable portion of increased wage inequality.

Thus, around 18% of the growth in 90–50 wage inequality is driven by the premium. These results suggest that although large US firms lowered wage inequality, their role as an inequality-mitigating institution has diminished considerably over time.

Overall, we find that it no longer pays to be a small fish in a big pond. While low- and middle-wage workers once got a bump to their wages from working for large firms, their wages are now set closer to the market rates. As a result, the level of inequality widens.

These developments, echoing a previous post by sociologists Donald Tomaskovic-Devey and Dustin Avent-Holt, indicate that large firms are of great importance in understanding the rising inequality in the United States and perhaps other developed economies.

Adam Cobb is Assistant Professor of Management at Wharton School of Business, University of Pennsylvania. Ken-Hou Lin is Assistant Professor of Sociology at the University of Texas at Austin. The two authors contributed equally and are listed in alphabetical order. This post summarizes the paper Growing Apart: The Changing Firm-Size Wage Premium and Its Inequality Consequences, published in Organization Science.