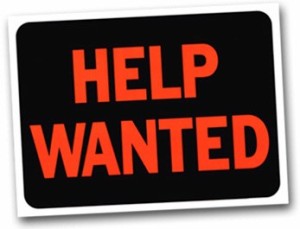 Discrimination in hiring continues to limit the opportunities available to racial minorities, with important consequences for their economic security and career trajectories. But, how do racial minorities respond to this reality when they are searching for employment? Some argue that job seekers tailor their searches in ways that allow them to avoid discrimination. Others suggest that job seekers adapt by casting a wider net in their search.

Until now, we have known little about this process, largely because no existing data source has closely followed individuals through their job search. In recent research, we attempt to address this limitation by drawing on two original datasets that track job seekers and the positions to which they apply. The results of our study point to three general conclusions about patterns of self-selection and job search:

1) Broader Job Search among African Americans than Whites: African Americans cast a wider net in their job search than similarly situated whites. Specifically, they include a greater range of occupation types and occupational characteristics among the jobs to which they apply. For example, consider one of our respondents whose last job was as a “material moving worker.” Over the course of the survey, this respondent applied for jobs consistent with his prior work experience, such as “material handler” and “warehouse worker.” However, the respondent also reported applying for jobs in retail sales, as an IT technician, a delivery driver, a security guard, a mailroom clerk, and a short order cook. This respondent applied to jobs in a total of seven distinct occupations over the course of the survey, reflecting a fairly broad approach to job search. While this is just one example, in both of the datasets we examined African Americans systematically applied to a larger number of distinct job types than whites with similar levels of education and work experience.

2) Narrower Job Search among Women than Men: Our study demonstrates that the search strategy of African Americans appears very different from that of women. Women self-select into distinctive (and highly gendered) occupational categories, considering a narrower range of occupational types and characteristics over the course of their job search relative to similarly situated men.

Together, these findings shed new light on key questions about race, gender, discrimination, and the job search process. But, they also raise important additional questions. For example, if discrimination, in part, drives the search behavior of African Americans, why do we not see similar adaptations by women, who also undoubtedly face varying forms of employment discrimination?

We suspect the answer is related to the more entrenched and explicit nature of gender inequality in the labor market relative to what is observed on the basis of race. Occupations remain highly segregated by gender, and individuals from an early age can identify male- and female-typed jobs. Whether motivated by preferences or perceived constraints, women’s self-selection into gendered occupations may allow them to avoid job types where they are more likely to experience discrimination. At the same time, this strategy reproduces gender segregation in the labor market, an important source of gender inequality.

For African Americans, by contrast, the occupational landscape is not quite so settled. Far from there being readily identifiable “black” or “white” jobs, the barriers facing African American job seekers can pop up across the occupational distribution. Under these conditions, the ability to reliably select into race-aligned job types becomes far more difficult. By contrast, a strategy of broad search allows black job seekers to reach otherwise difficult-to-identify job opportunities in which racial discrimination is less prevalent.

Our study also raises a question about what negative consequences may result from broader job search. First, job seekers appear to face a trade-off between the goals of finding any job and finding a good job. Those who engage in broad search receive job offers more readily; but these offers tend to come with lower wages. The broader search patterns among African Americans, therefore, may reduce some of the employment gap but contribute to the long-standing racial disparity in wages.

Second, to the extent that broad search leads job seekers to occupations that are distant from their prior experience, this strategy may limit African Americans’ ability to build coherent career trajectories consistent with their experience and aspirations. Given significant racial differences in search breadth, these dynamics are likely to contribute to persistent racial disparities in labor market outcomes.

Together, the findings from our study suggest that decisions on the supply-side of the labor market play an important role in shaping, reinforcing, and sometimes counteracting prevailing systems of inequality. At the same time, these supply-side patterns cannot be fully understood without taking into account the broader context of demand-side constraints. As the comparison of race and gender suggests, the adaptations of individuals to labor market barriers can take different forms and have differing consequences. In the case of women, we see a contraction of search scope, reinforcing existing patterns of occupational segregation and gendered labor market inequality. By contrast, the broad search strategy of African Americans resists processes of segregation, but with potentially negative implications for the wages and career coherence of this group.

This research points to the importance of systematically examining both the supply- and demand-side of the job matching process if we hope to understand and rectify persistent racial and gender inequalities in the labor market.

Cross-posted at USAPP–American Politics and Policy. This article is based on the paper ‘Race, Self-Selection, and the Job Search Process’, in the American Journal of Sociology.