END_OF_DOCUMENT_TOKEN_TO_BE_REPLACED

A recent New York Times article by Claire Cain Miller discusses research showing that mothers on the job market are less likely to be hired and, when they do get hired, are paid less than males with the same qualifications in similar jobs. Yet, fathers “are more likely to be hired than childless men, and tend to be paid more after they have children.”

The article discusses sociologist Michelle Budig‘s research showing that bias affecting fathers and mothers varies by income level: Men with high incomes see the largest pay increase for having children; mothers with low incomes experience the lowest relative earnings. The article also discusses sociologist Shelly J. Correll‘s finding that “employers rate fathers as the most desirable employees, followed by childless women, childless men and finally mothers.” In Correll’s words, “A lot of these effects really are very much due to a cultural bias against mothers.”

A recent New York Times article by Motoko Rich discusses the extensive and increasing feminization of the teaching profession in the United States, where “more than three-quarters of all teachers in kindergarten through high school are women.”

The article quotes WIP regular contributor Christine Williams, who notes that men get promoted more quickly into senior positions than women in teaching. It also quotes WIP favorite Phillip Cohen, of the Family Inequality blog, who notes that part of the reason why the teaching profession is devalued in American society is because it is seen as a women’s job.

We are posting a two-part panel today on part-time and irregular work schedules in the United States, with WIP regular contributors Christine Williams and Martha Crowley responding to a recent New York Times article by WIP favorite Steven Greenhouse.

Based on her qualitative research on low-wage service work, Christine discusses how irregular work schedules operate as a mechanism to reproduce gender and racial inequality in the workplace.

Martha discusses recent efforts of women’s and labor groups to introduce legislation allowing workers to have more predictable schedules if desired. She cites evidence that irregular schedules are particularly damaging to low-wage workers and that more stable work schedules would benefit workers and employers.

The WIP team is delighted to welcome a new regular contributor, Christine Williams, professor and chair of the sociology department at the University of Texas at Austin.

Christine has published leading research on discrimination, homophobia, and sexual harassment in a wide variety of workplace settings. Her most recent book is Inside Toyland:  Working, Shopping, and Social Inequality (University of California Press).

Christine has already posted on WIP three times as a guest contributor, on upgrading jobs in the retail industry, gender and intersectionality, and the financial crisis and graduate research in sociology.  Her first post as a regular contributor, she discusses how irregular work schedules operate as a mechanism to reproduce gender and racial inequality in the workplace.

Today we are posting a four-part panel with four sociologists discussing a number of issues around the norms of what it means to be an ideal worker and how these relate to various work leave policies.

Julie Kmec kicks it off with a discussion of how Landon Donovan, one of the best living US soccer players, was cut from the US Men’s World Cup Team. She suggests that Donovan was cut as a penalty for taking a four-month sabbatical for family and R&R time, thus violating norms of being a dedicated worker, which are particularly strong in the US.

END_OF_DOCUMENT_TOKEN_TO_BE_REPLACED 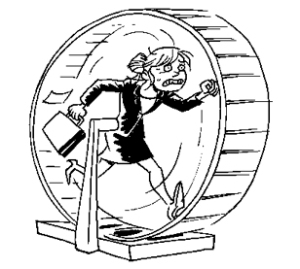 Among the many things that the American mythology holds to be special about the United States is a particularly strong work ethic. This, of course, is part of a larger narrative of rugged individualism. However dubious the idea of a uniquely American work ethic, it is certainly telling to examine how much Americans work compared with fellow workers in peer countries.

In terms of average annual hours worked per person, the US currently ranks 12th out of 34 OECD countries – that is, Americans work more per year than workers in 22 other OECD countries. The average Dutch worker clocks in 405 fewer hours per year than the average American worker! Yet, the Netherlands ranks ninth out of the 34 countries in GDP per capita, 15% above the OECD average and just five places behind the US. As economist Juliet Schor argued in a best-selling book over 20 years ago, Americans are overworked. Let us examine the most recent, comparative data in a bit more detail.

END_OF_DOCUMENT_TOKEN_TO_BE_REPLACED

We are posting a four-part panel today, with five sociologists providing a health check on the sociology of work. Chris Warhurst begins the panel by noting that the inability of mainstream economics to predict or explain the 2007-8 financial crisis might provide an opening for the sociology of work to become more influential. Yet, across the UK and Australia, the study of work has been eclipsed in sociology by cultural and gender studies. Chris wonders if part of the problem is the lack of good ethnographic research by sociologists on knowledge workers like investment bankers.

END_OF_DOCUMENT_TOKEN_TO_BE_REPLACED

In a recent op-ed in the New York Times, Nicholas Kristof lamented the lack of influence of professors in “today’s great debates.” Many academics took to the blogosphere retorting that, yes, in fact, public intellectualism is alive and thriving in the academy. My colleague Chris Prener posted a more sympathetic response on this blog, arguing that having a twitter account and a blog does not make an academic a public intellectual. It is the content of the message, not the medium, which matters.

Both Chris and I agree with Kristof that there are not enough public intellectuals because of structural and cultural barriers within the academy, including a tenure process that rewards only academic output and places severe time constraints on the ability of academics to engage wider audiences.

Unfortunately, Kristof completely loses the plot when he suggests that economics is more engaged in “real-world debates” than sociology because the former has more Republican members (plus more “empiricism and rigor”).

END_OF_DOCUMENT_TOKEN_TO_BE_REPLACED

This book analyzes the history of California’s decade-old paid family leave program, the first of its kind in the United States, which began operating in 2004.  Based on original fieldwork and surveys of employers, workers, and the larger California adult population, it analyzes the impact of paid family leave on employers and workers in the most populous state in the U.S., and explores the implications for crafting future work-family policy for other states and for the nation as a whole.

END_OF_DOCUMENT_TOKEN_TO_BE_REPLACED

This work is licensed under a Creative Commons Attribution-NonCommercial-ShareAlike 3.0 United States License.
Work in Progress
Blog at WordPress.com.